As ever, our September wine auction featured a fascinating combination of full and half-case lots for those stocking their cellars alongside a truly diverse selection of single bottles catering to every palate and price point.

From Bordeaux it was no surprise to see a full original wooden case lot of Château Lafite Rothschild 2006 come in as our top lot, a wine firing on all cylinders now, but with decades to spare, and which will undoubtedly hold value and consumer interest as an investment should the lucky winner choose to part with some at any stage. Other top claret lots included single bottle lots from Cheval Blanc from the 1950s, with the ’59 (the superior vintage) with a lower fill level just edging ahead of the pair of ‘58s which were slightly higher in the shoulder. The generous Cabernet power of a pristine bottle of Mouton Rothschild 1995, with a label by Catalan painter and sculptor Antoni Tàpies, was our worthy top single-bottle lot from the consistently attractive 1995 vintage. 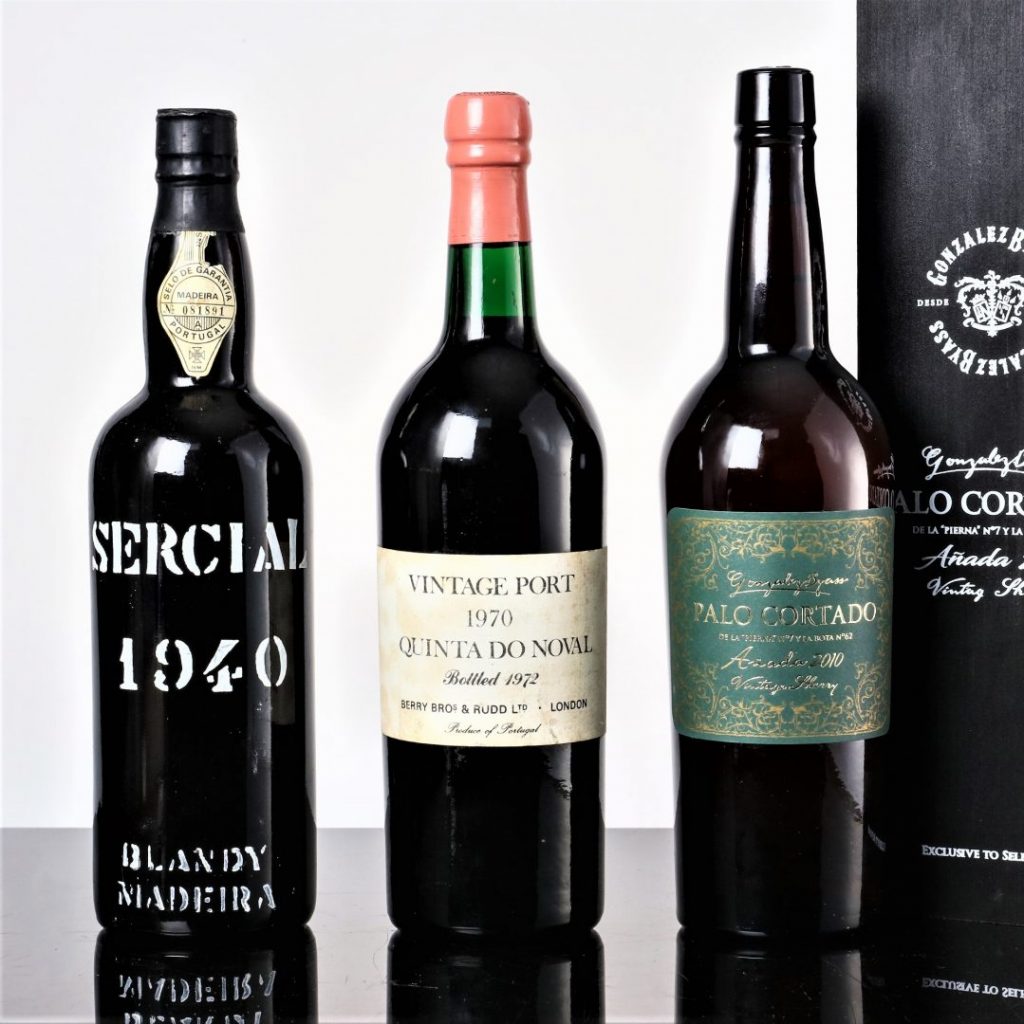 Our fortified and dessert wines category included Ports from no fewer than 19 vintages from the early 60s to mid-2000s, with late bids significantly boosting celebrated shippers from classic vintages, such as Croft 1966 and a Berry Bros. bottling of 1970 Quinta do Noval to the top of the table. World War Two era Blandy’s Sercial 1940 Madeira provided a little piece of vinous history, and what’s surely a comparative bargain – an immortal wine from a bygone age. 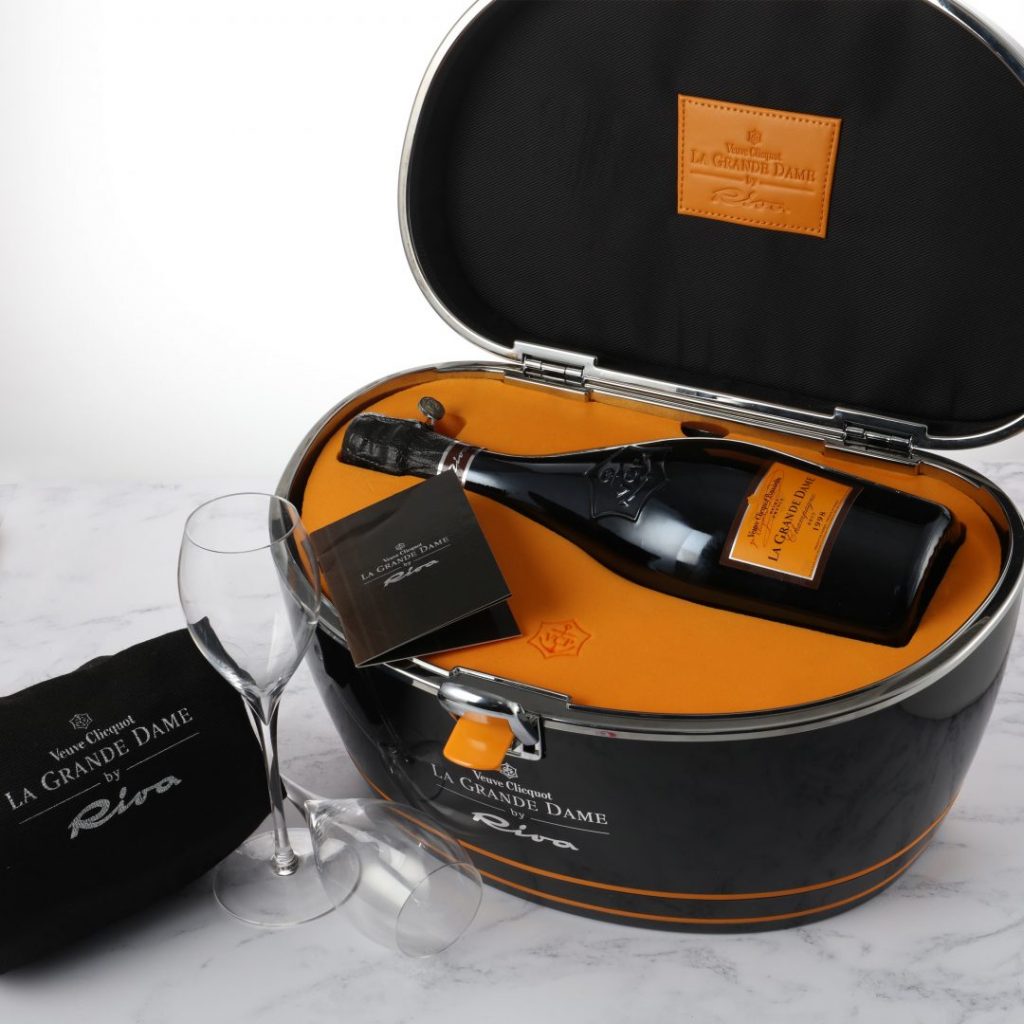 The Champagne category saw a half-dozen lot of modern-day classic Dom Pérignon 2010 (just starting to hit its straps) rule the roost, with a single bottle lot of Krug’s 1990, another glorious vintage, making for a great comparison in terms of maturity and winemaking style. Perhaps our favourite fizz lot was, however, Veuve Clicquot La Grande Dame 1998 Riva Vanity Case. A genuinely beautiful piece of design with one of our favourite prestige cuvées at its peak. 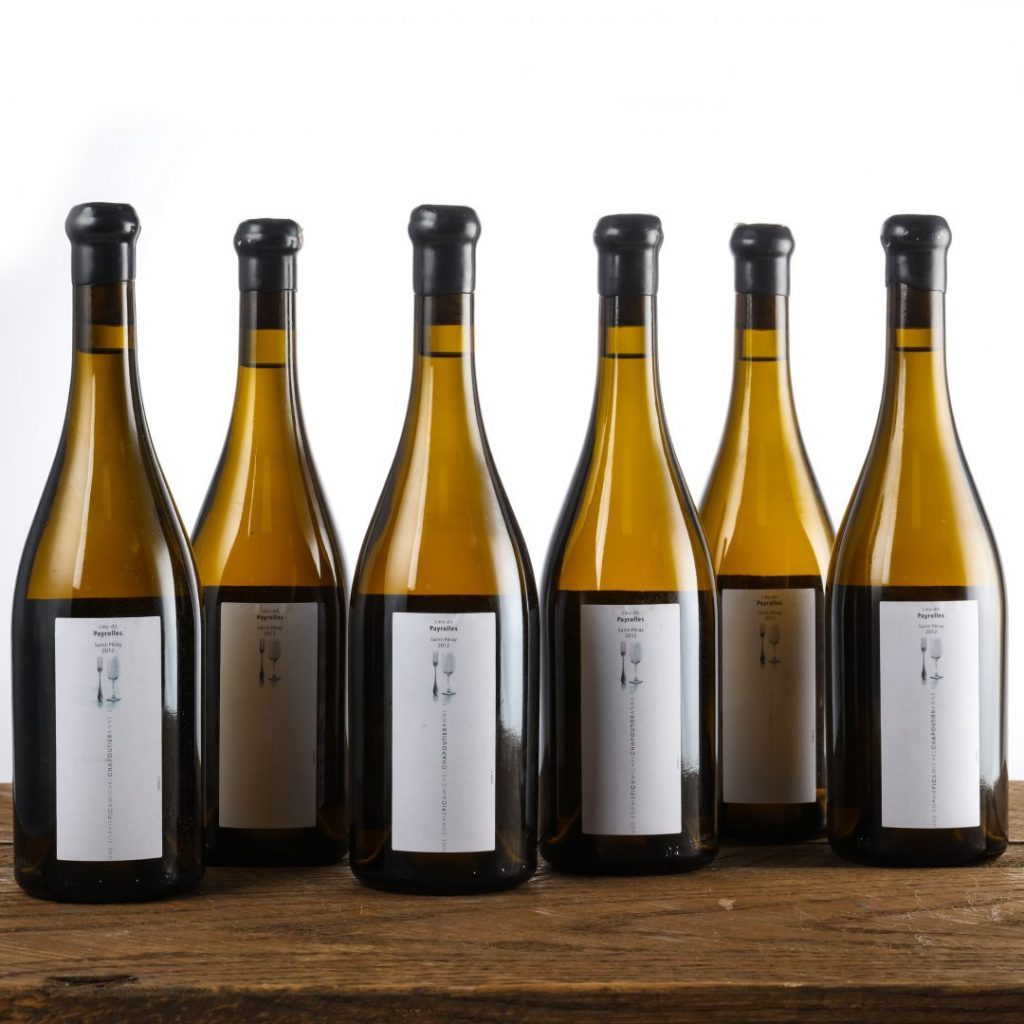 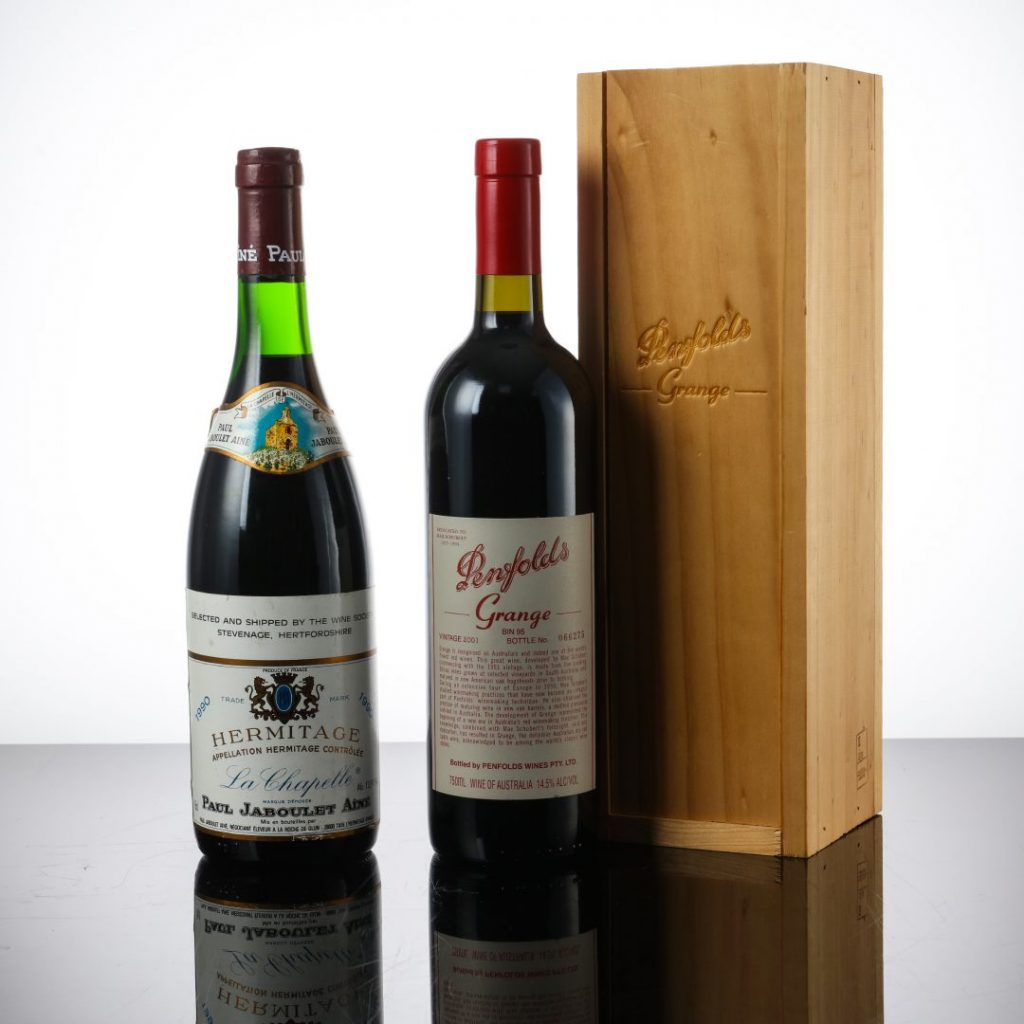 Lastly, Syrah and Shiraz fans had plentiful opportunities to prepare their cellars and wine racks ahead of the autumn chill, with the superb 2001 Penfolds Grange going head to head with one of the twentieth century’s great Hermitages, Jaboulet’s La Chapelle 1990 – still looking like a relative bargain in terms of bang for your buck. Multiple bottle lots from Australia’s Barossa valley in the shape of Ben Glaetzer‘s modern classics, produced from some of the oldest Shiraz vines in the world, were late to take off, but achieved respectable hammer prices from those in the know as the auction drew to a close.