A collection of early 20th century miniatures went under the hammer in October featuring a selection of old blends and single malts. Undoubtedly the highlight was the Old Orkney ‘0.0.’ Real Liqueur Whisky from Stromness Distillery, bottled in the 1920s to 1930s, which finished at an incredible £4000 after a tense bidding war finally came to a close. A phenomenal price for a miniature bottle and an auction record for a bottle of this size.

Another bottle from the collection, Laphroaig Old Scotch Whisky bottled in the 1950s came in at £800 and a miniature bottle of Dunville’s Three Crowns Special Liqueur Whisky bottled 1920s-1930s fetched £145.

Elsewhere, there were strong prices in the Highlands with a miniature bottle of Tomatin 1967 50 Year Old ended at £1900 and a miniature decanter of Dalmore 45 Year Old, bottled for the 180th Anniversary of The Dalmore, fetched £1850. A bottle of Old Pulteney 40 Year Old finished at £525.

In Speyside, two bottles of Macallan 1951 reached £825 and £800 respectively, whilst a Macallan 1961 ended at £675. A boxed miniature of Macallan 1998 bottled for the 9th Annual Meeting Of Guangdong Minibottle Club fetched £420 and a Glenfiddich 21 Year Old Wedgwood Decanter finished up at £240.

After the impressive old Laphroaig went under the hammer, there were more strong results in Islay with a miniature of Port Ellen 12 Year Old bottled by James MacArthur ending at £270.

Further afield, there was continued demand for Japanese miniatures with the Karuizawa 1984 bottled for the Hong Kong Miniature Liquor Club fetching £1150 and a box of six Suntory Hibiki miniatures bottled in the 1990s snapped up for £420. An interesting miniature from Yamazaki Distillery, bottled for the World Cocktail Championship 2016, fetched £330 and the Karuizawa Ocean Straight Malt bottled pre-1985 beat its previous best price, ending up at £270.

Away from bottles, a lot of six Clos Du Val and Taltarni winery prints by English artist and satirical cartoonist Ronald Searle reached £95 and a set of Hennessy Paradis Imperial Crystal Glasses ended at £85. 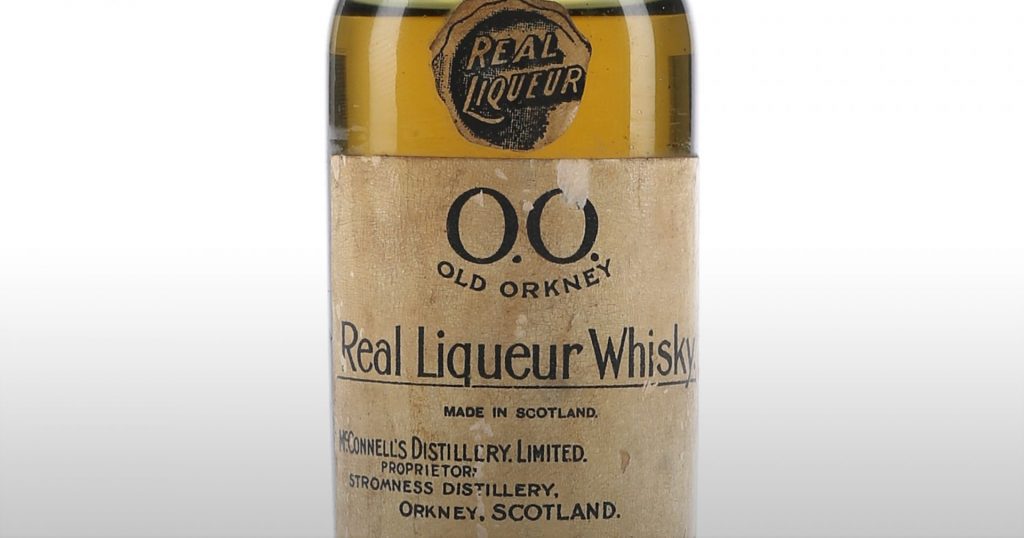 A record auction price of £4000 for a miniature of Old Orkney ‘0.0.’ Real Liqueur Whisky from Stromness Distillery

A miniature decanter of The Dalmore 45 Year Old, presented with a Glencairn Crystal Copita glass and a Dalmore pin badge.

A miniature bottle of Karuizawa 1984 Single Malt Japanese Whisky, bottled in 2018 for the Silver Jubilee of the Hong Kong Miniature Liquor Club.

A miniature bottle of Laphroaig Old Scotch Whisky, Strength 20 Under Proof (46% ABV). This is sealed with a Kork-N-Seal screwcap with capsule.

This lot contains six bottles of Suntory Hibiki Japanese blended whisky, presented in the original box. We estimate these were bottled in the 1990s.

A 19cl sample bottle of Suntory Single Malt Whisky from Yamazaki Distillery. This is a marriage of American, Mizunara, and Spanish oak-aged whiskies, distilled at Yamazaki and matured from 18 to over 30 years. This was bottled for the IBA World Cocktail Championship 2016, held in Tokyo.

A 10cl bottle of Karuizawa Ocean Straight Malt whisky, distilled and bottled by Sanraku-Ocean Co. Ltd., before the company name changed to simply ‘Sanraku’ in 1985.