The new year kicked off in style with our quarterly miniatures and memorabilia auction. Over 1300 lots of Scotch whisky, Japanese whisky, rum, Cognac, glassware, old 19th century ephemera and even a pair of skis meant there certainly was something for everyone in this auction. It was Macallan that topped the charts again, but this Macallan was not quite as you might expect.

View the complete list of results in our Past Auctions. Here are some of our highlights: 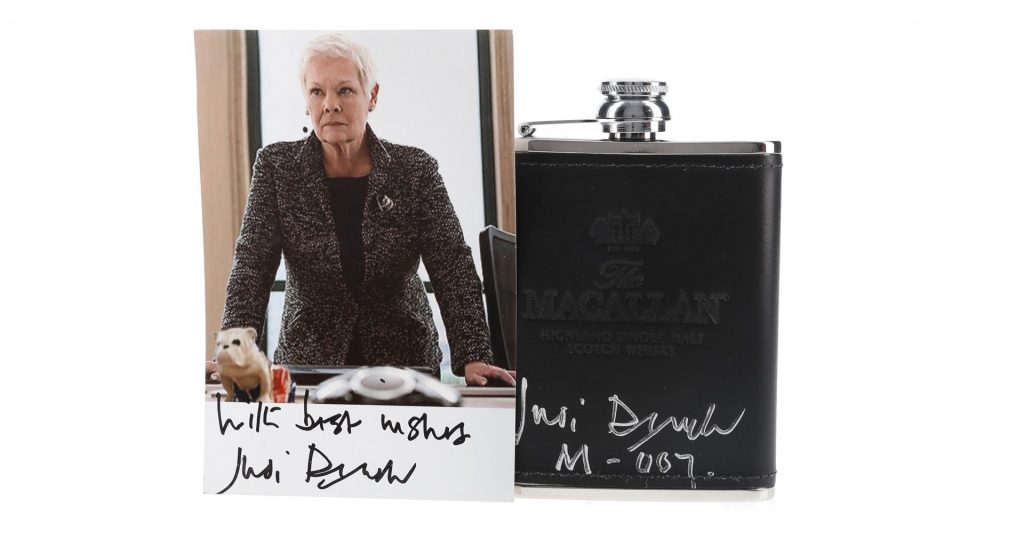 This Macallan hip flask was signed by British actress Dame Judi Dench. Referencing her role as ‘M’ in the James Bond series, the signature reads ‘Judi Dench M – 007’. The hip flask was fought over between Macallan whisky fans and James Bond enthusiasts. This was one of two extraordinary signed lots sold for charity, look out for more signed charity lots in the next few auctions! Winning Bid £550 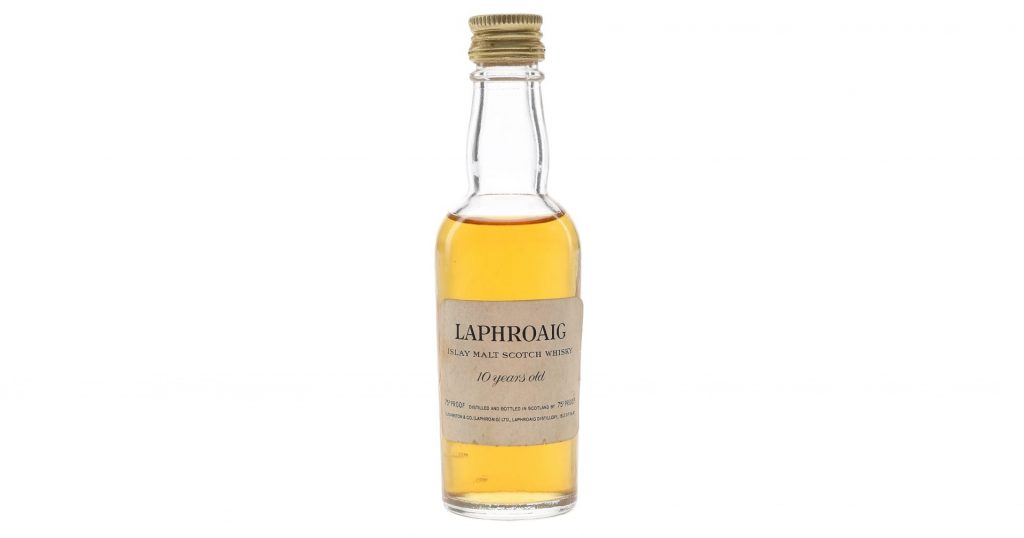 We have been lucky to see a number of spectacularly rare 1970s Laphroaig miniatures pop up recently. This Laphroaig 10 Year Old from the 1960s is even more special for Laphroaig enthusiasts though, with its full ripe tropical fruits alongside Laphroaig’s coastal and medicinal characteristics. Try to taste these before the prices spiral too far out of reach. Winning Bid £270 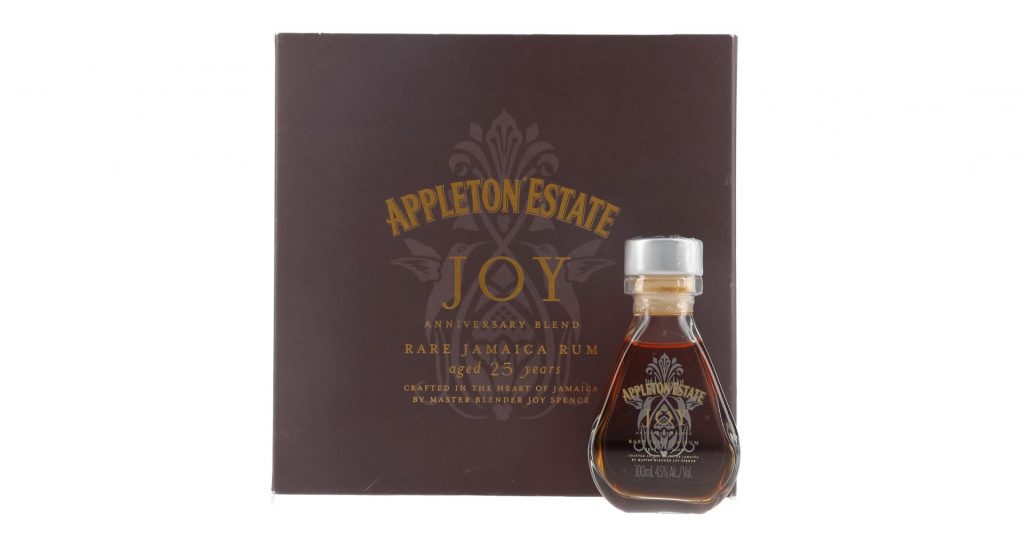 This 10cl bottle of Appleton Estate Joy is a special anniversary blend made from rums aged for a minimum of 25 years. It was created to celebrate the 20th anniversary of the Master Blender, Joy Spence, the box is also signed by her. The larger size, coupled with the rarity of the bottle, made for a winning combination for this Jamaican rum. Winning Bid £240 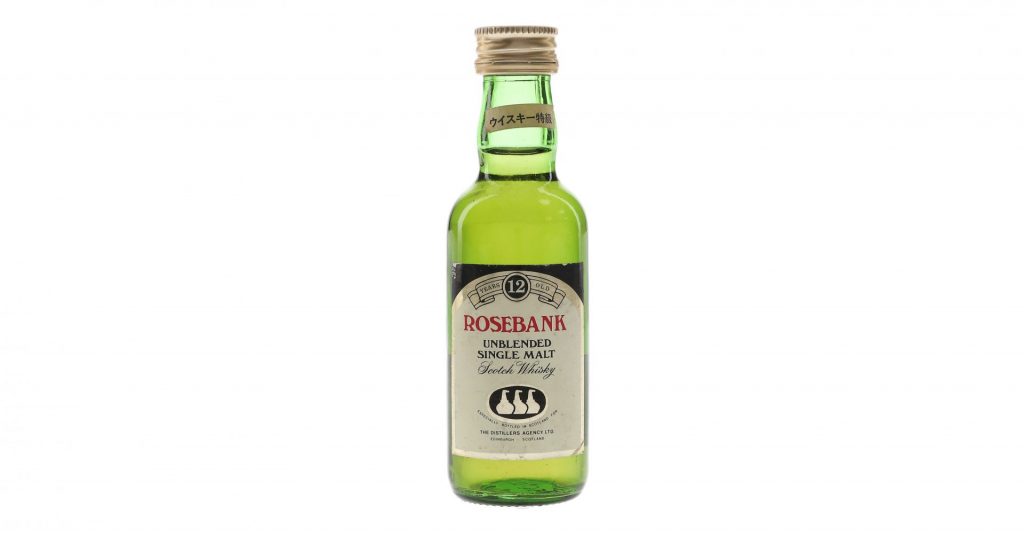 The Rosebank 8 Year Old Unblended from the 1980s is relatively widely seen, but Rosebank 12 Year Old bottled in the same era has a fearsome reputation and is becoming increasingly difficult to find, particularly in miniature. Collectors of niche whisky editions will have also picked up on the fact that this mini was imported to the Japanese market. Winning Bid £210 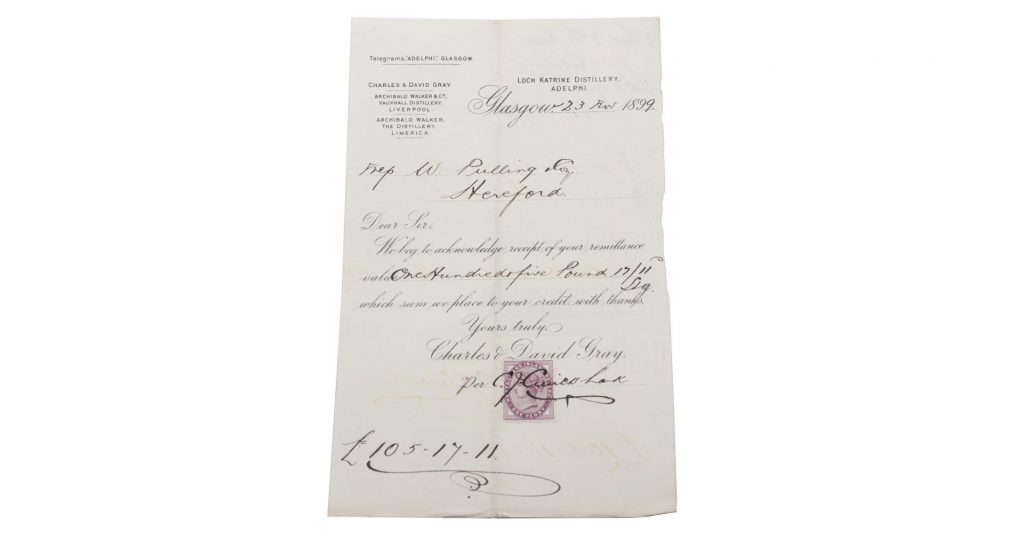 These antique documents were sent from Loch Katrine Adelphi Distillery to its client William Pulling & Co. in the late 19th century. The Loch Katrine Adelphi Distillery was founded in Glasgow in 1826 by Charles and David Gray and in 1880 came under the ownership of Archibald Walker & Co. The distillery produced malt and grain whisky at different stages of its life before it was demolished in the early 1970s. The Adelphi Distillery name was revived in 1993 by Jamie Walker, great-grandson of Archibald Walker. He operated Adelphi as an independent bottler before selling the business in 2004. A fascinating piece of history and one of a number of lots of old whisky ephemera that have been so popular in our recent auctions. Winning Bid £170