The February auction included not only some of the most sought after whiskies on the market, but some of the oldest and rarest Cognacs ever brought to auction. With a multitude of bottlings spanning the 18th, 19th and 20th centuries there was plenty of late bidding as collectors sought to get their hands on these rarities before they disappear again for the next few years. 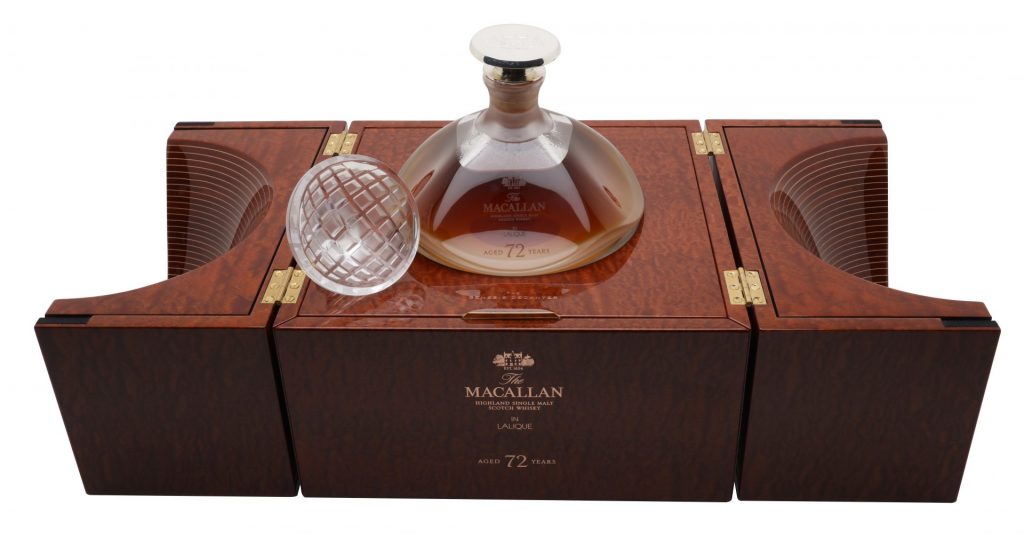 The oldest Macallan ever bottled when it was released in 2018, this expression was inspired by the new Macallan Distillery and Visitor Experience and this is reflected in the presentation. The Lalique crystal decanter is housed in a bespoke presentation case designed by Burgess Studio and handcrafted by cabinet makers NEJ Stevenson. One of the finest Macallans ever bottled, it’s little surprise to see this one fetch almost £60000. Winning Bid £58000 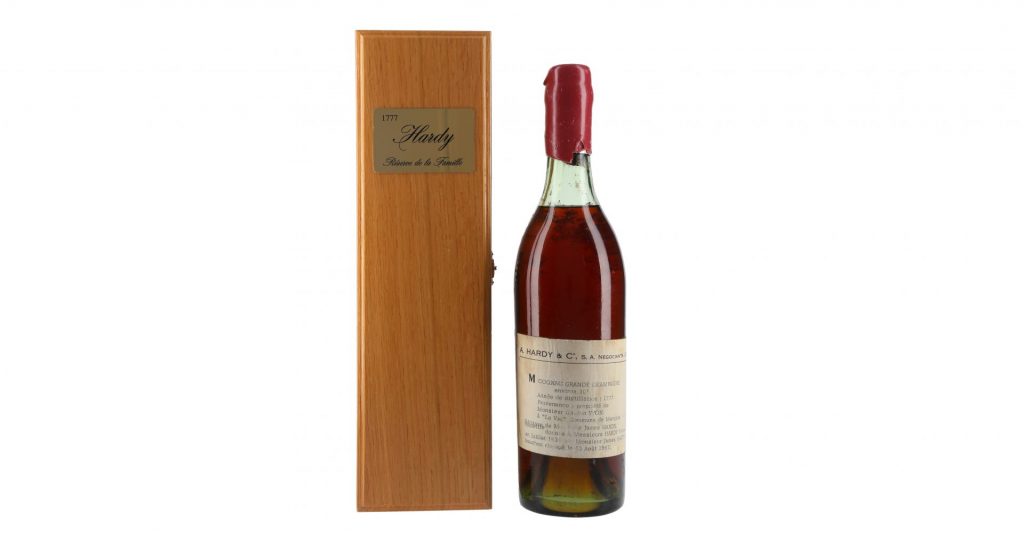 The highlight of the Hardy Cognac Collection, this 1777 vintage Cognac predates one of the most important moments in French history, the French Revolution (1789-1799), and is one of the oldest Cognacs ever brought to auction. One of only a handful of bottles known to be left in existence, this Cognac was presented for auction with impeccable provenance, accompanied by certificates of authenticity from the hand of Monsieur Hardy himself and sold by its current owner who purchased them directly from Jacques Hardy around 2003. Winning Bid £40500 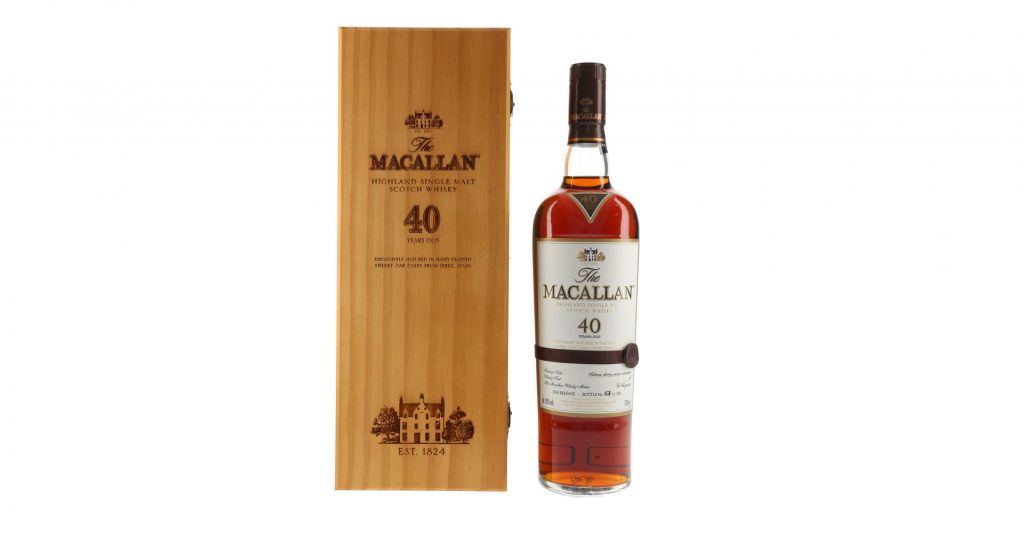 This Macallan 40 Year Old was released in 2016, only the second 40 year old Macallan to have been released at the time. One of only 500 bottles drawn from Spanish sherry casks, this became one of the most collectible malts almost overnight and has become increasingly difficult to get hold of. With an original RRP of around $8000, the market price has risen year on year as bidders look to add this supreme whisky to their collections. Winning Bid £17600 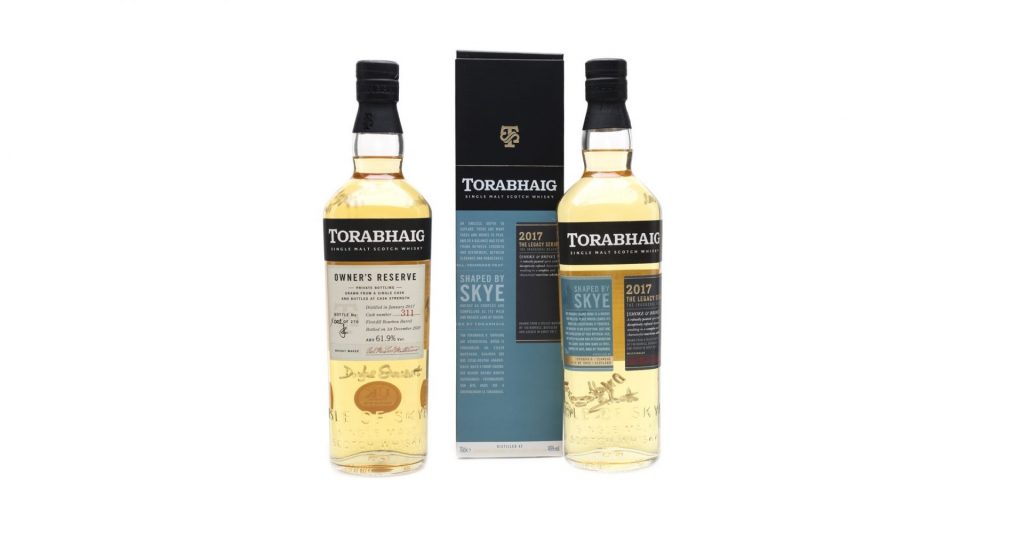 Torabhaig is the first whisky distillery to be built on the Isle of Skye in 190 years, and the second ever to be granted a licence to distil on the island. This lot included the first ever bottle of Torabhaig Legacy to come to market, as well as a special single cask bottling, never to be made available to the public. With a chance to own two incredibly special bottles from a landmark new distillery, it comes as no surprise that bidders rushed at the chance taking this bottle well into four figures. This lot was donated by Torabhaig Distillery to raise money for two Isle of Skye charities. Winning Bid £4100 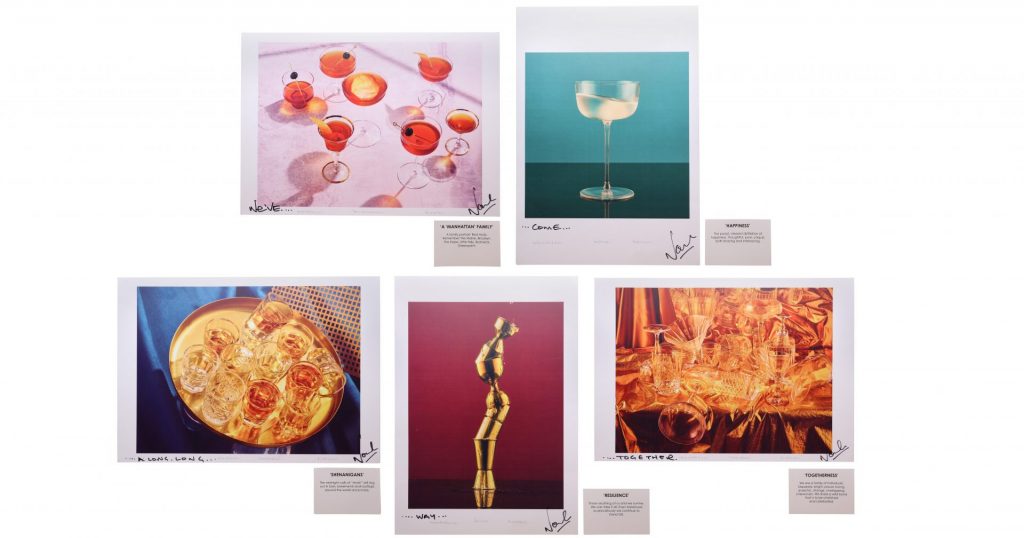 A Shot in Time is a series of five limited-edition photographic prints that capture the emotions people connect with hospitality. Using barware, creative drinks photographer Addie Chinn used responses to ‘what hospitality means to you’ to capture a series of impactful images to be sold as prints. The five prints are titled ‘Family of Manhattans’, ‘Happiness’, ‘Shenanigans’, ‘Resilience’ and ‘Togetherness’. Each of these prints was signed by Norman Cook (aka DJ Fatboy Slim) and captioned with lyrics from his 1998 hit Praise You: ‘We’ve come a long, long way together…’. This lot was donated by Our Future Proof to raise funds for The Drinks Trust. Winning Bid £1800