This month saw a double auction with charity and wine sales running simultaneously.

Our first annual auction in collaboration with The Drinks Trust offered some incredible spirits and wines as well as unique experiences for drinks connoisseurs all raising funds to help those in need in the hospitality and drinks industry. The Christmas wine auction held plenty of stunning wines from iconic producers such as Petrus, Mouton Rothschild, Penfolds and Sassicaia. Here’s a look at some of the stand out lots from both auctions.

One of a Kind Experiences

The Cream of the Crop charity auction saw generous donations from across the industry and incredible one of a kind experiences offered by some of the biggest names in the business. Fetching £2100 was an opportunity to connect with hosts of The Wine Show, Joe Fattorini and actor Matthew Rhys, for a private wine tasting. If whisky is more your thing, there was the chance to visit some of Scotland’s most iconic distilleries with luxury visits to the Macallan and Glenmorangie distilleries, both including a private tour and tasting as well as fine dining and a luxury overnight stay.

Among the bottles donated for the auction was a rare 40 year old Glenfarclas, one of only 55 bottles made (sold for £1900), and a Royal Salute 62 Gun Salute (sold for £1250) named after the the highest ceremonial honour in British tradition and made up of rare whiskies hand-selected by the master blender and matured for a minimum of 40 years.

Sometimes a standard 75cl bottle just isn’t enough, if you need a bit of theatre at your next dinner party you need a magnum, or preferably bigger. We had plenty of festive large format bottles in the auction this month, magnums of Dom Perignon, a Jeroboam of Cos d’Estournel and a gigantic (6 Litre!) Methuselah of Moet and Chandon Imperial. 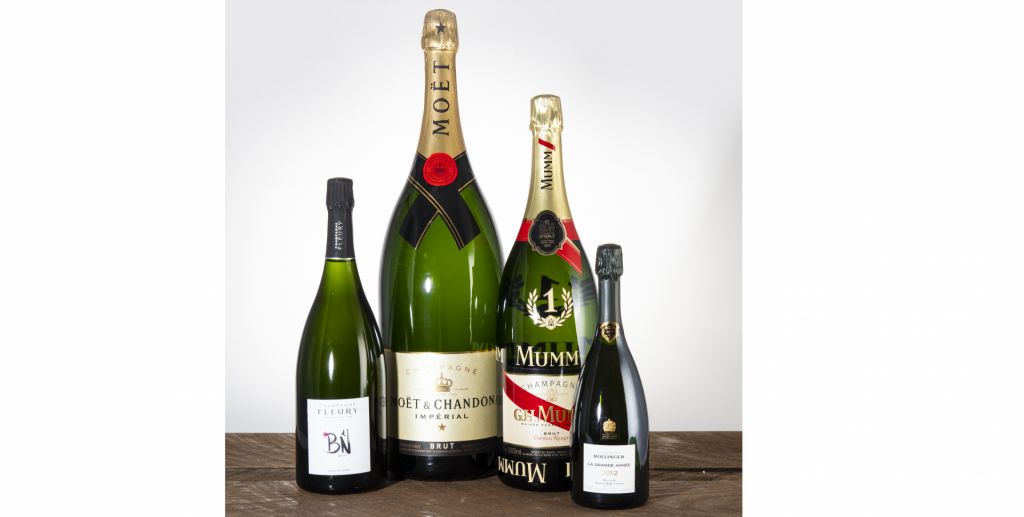 Not only was our top lot in the Christmas Wine Auction from the legendary Chateau Petrus, but all four of our top lots. The impeccable 2010 Petrus, with its perfect 100 point score from wine critic Robert Parker Jnr, sold for £2800. This is a vintage that will still be drinking well half a century from now. The auction also included a 1973 Petrus – the wine that featured in the very first issue of Parker’s Wine Advocate before ‘The Bob’ went on to become one of the most prominent voices in the wine world.

As well as Champagne and fine wine from around the world, our wine auctions also feature fortified and sweet treats ideal for accompanying a Christmas cheese plate. Madeira topped the category this month with a bottle of 1913 MBV Malvasia fetching £410 and a wide range of Vintage Ports from as far back as the early 1960s up to the 2000s.