April 2021 Miniatures & Memorabilia was a thrilling auction. There were 2536 lots that could be picked up for anywhere between £2 and £2600.

In truth every auction feels like a whisky rollercoaster, particularly if you’re chasing a rare must-have bottle, or indeed selling one. Imagine for instance being the person selling one tiny bottle of Macallan 1959 43 Year Old Fine & Rare from cask number 360. A quick review of the bidding history [for full transparency we provide the bidding history of every lot on the item page] and you’ll see how the mini languished at under £26 for the first day and had only crept up to £170 another day later. We were well over half way through the auction before it reached a more comfortable £1000, but it then stayed there for another three days. It was the fierce interest on the last day that meant that this tiny vessel of delight eventually sold for a record £2600.

Here’s what else caught my eye:

One of the most entertaining categories of the auction are odd items that people have managed to keep for decades before realising their value: a toy car sold for £85, a framed signed of photograph of Glenfiddich Distillery went for £470 and a thing for squeezing fruit sold for £5.

Anyone with even a passing interest in whisky history soon finds themselves scanning through books and ephemera for titles they’ve not yet discovered and this auction we were treated to the DCL Distillery History Series which was written by Ben Spiller and illustrated by John Ross. The 42 pamphlets in this lot were published between 1981 and 1983. Each pamphlet details the history of a single distillery owned by Distillers Company Limited at that time. This rarity sold for £2600.

To mark Earth Day on 22 April 2021, we teamed up with Place of the Way and 16 of the world’s best bartenders to raise £2370 for the World Wildlife Fund (WWF) by auctioning wildlife inspired bottled cocktails. Each bottled cocktail was inspired by a different endangered animal and the bartenders were challenged to create a cocktail that represents one of the endangered animals on the WWF adoption list. Marion Zoelle, of Kwant bar’s Jaguar cocktail made with Ojo de Dios Mezcal, cacao, chilli avocado oil, agave syrup and edible gold leaves sold at our online auction for £260.

It is, in 2021, inconceivable that Macallan, which is more at home partnering up with celebrity photographers, could ever have produced a bottle to celebrate in-depth investigative journalism into under-reported scandals and cover-ups. But in 1996 the distillery released this bottling to celebrate the satirical Private Eye magazine’s 35th anniversary. On top of that, the label was designed by political cartoonist Ralph Steadman, who is probably best known for his work with writer Hunter S Thompson. The Private Eye bottling is a vatting of casks including one from 1961 (the year Private Eye was founded) and is a great bottling in its own right. I’ll leave these graphs on here so you can have a look at what has been happening to the prices of the 70cls and the 5cls. 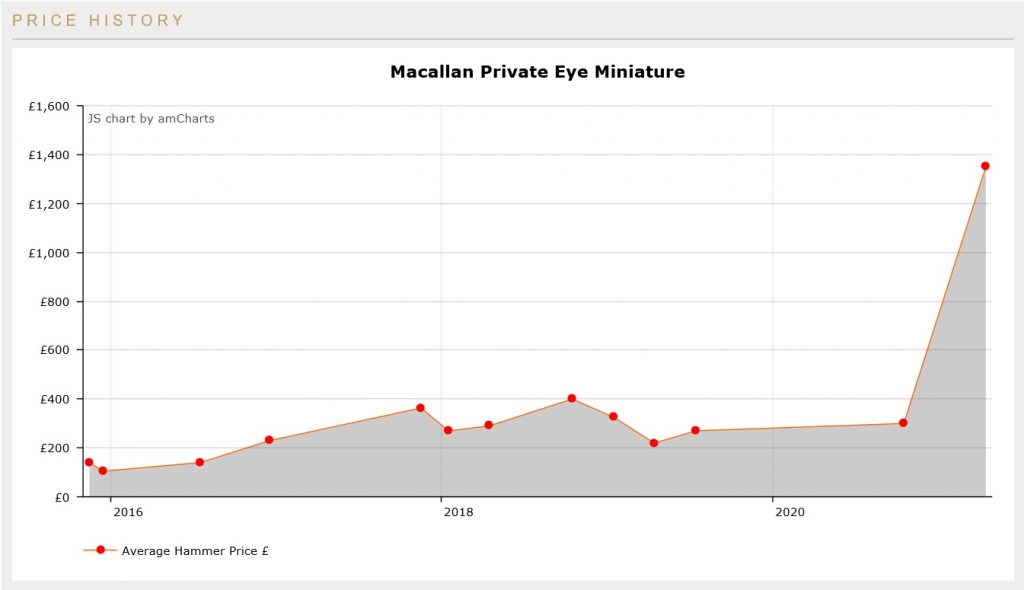 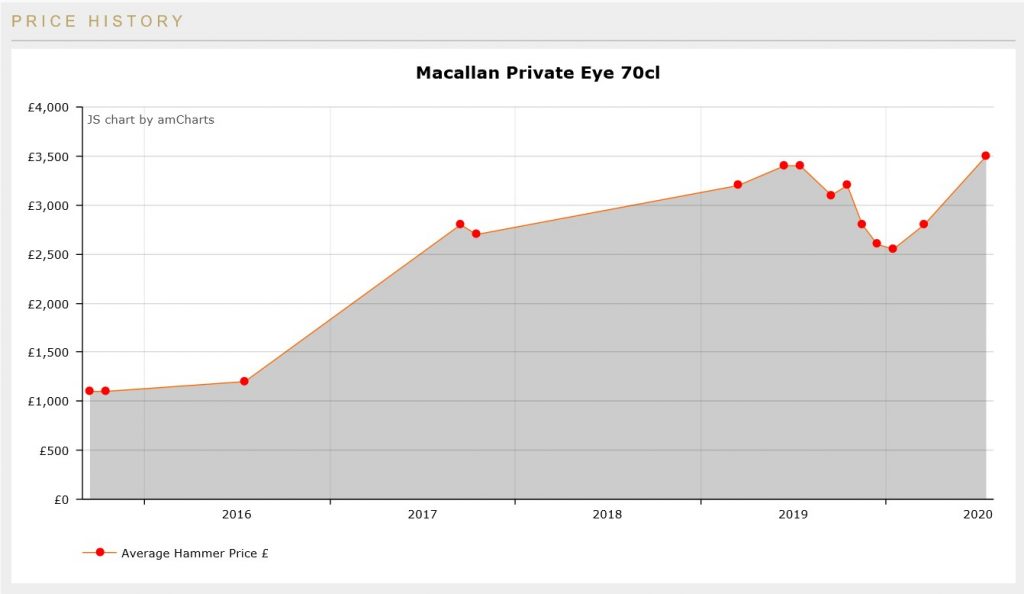