We often focus on the top results at whisky auctions, they make for attractive headlines and there’s a genuine wow factor every time a record is broken. However it is amongst the mid priced bottles that the major trends first become apparent, so here’s my pick of auction results that deserve attention.

It might seem a strange place to start with a Macallan; it’s not exactly an undiscovered whisky. Yet this recent limited release has tried to keep itself under the radar. There were two The Macallan Distil Your World London editions that were released simultaneously during the lockdown: The better known of the two was subtitled ‘El Celler de Can Roca’ and bottled at 57.5% ABV, it was available from selected specialist retailers and soon appeared at auction. It did very well. The lesser known edition was the even more exclusive restaurant-only 62.9% ABV bottling.

Macallan was determined for these bottles to remain as exclusive pours at selected top restaurants and kept it attractively priced but, while bars were in lockdown, canny sellers quickly sold them for a substantial gain. The graph below shows how the quickest seller to turn their bottle around achieved the highest hammer price. The price crept down over the next three months but remains well beyond what it was released at. 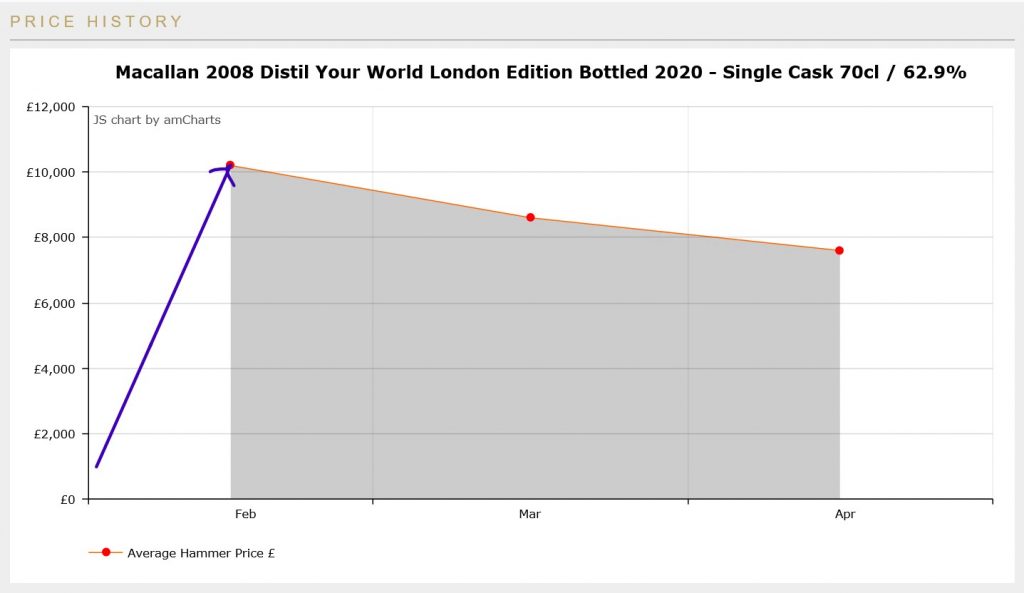 While bottles of young Macallan can sell for astronomical figures it seems incomprehensible that genuinely mature whiskies from closed distilleries can be acquired for relatively ordinary prices. At first sight a Glenury Royal 50 Year Old that was distilled in 1953 that sells for £5800 might appear steep, it’s a mere drink after all, but for a whisky of such great age and finite availability it’s a bargain. If you’re looking at tasting and collecting closed distilleries then read last week’s post that highlights all the bottles you can still find regularly at auction.

Lagavulin is a small distillery and given the quality and age of Lagavulin 16 Year Old it is, at £62.95, one of the most under valued whiskies available from retailers. Old editions of Lagavulin 16 Year Old have consistently done well at auction; bottles from the 1990s have gradually crept up from around £100 to upwards of £200. Prices do fluctuate substantially within that range (you can see this in the graph below) but this is often due to the condition of the bottles. 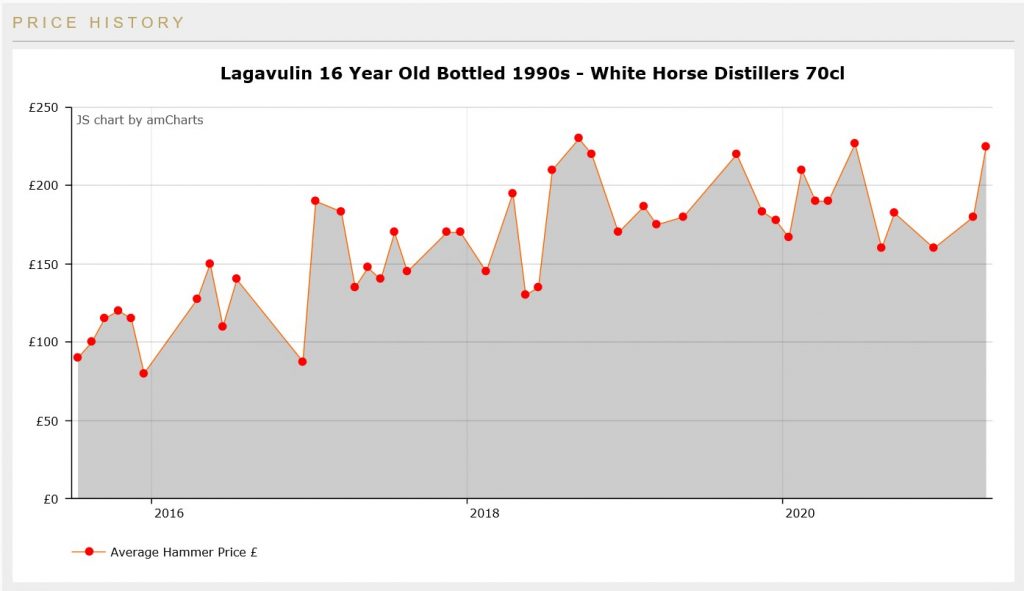 Compare the auction results of Lagavulin bottled in the 1990s to those bottled in the 1980s in the graph below. While prices for the 1980s releases remained at around £200 to £300 for years, there has been a dramatic uplift to £600 over the past year. If you’re looking for Lagavulin 16 Year Old from the early years it’s worth picking them up now before they’re out of reach and if you’re on a tighter budget keep buying the 1990s bottles before they inevitably begin to head in the same direction.

You can also find a full list of officially released Lagavulins you can buy at auction in How To Read A Lagavulin Label.