Home Auction News Ones To Watch In Our May Auction

The sun is shining and our May auction is in full flow, so it’s a perfect time to share some of the lots which have grabbed our attention this month. 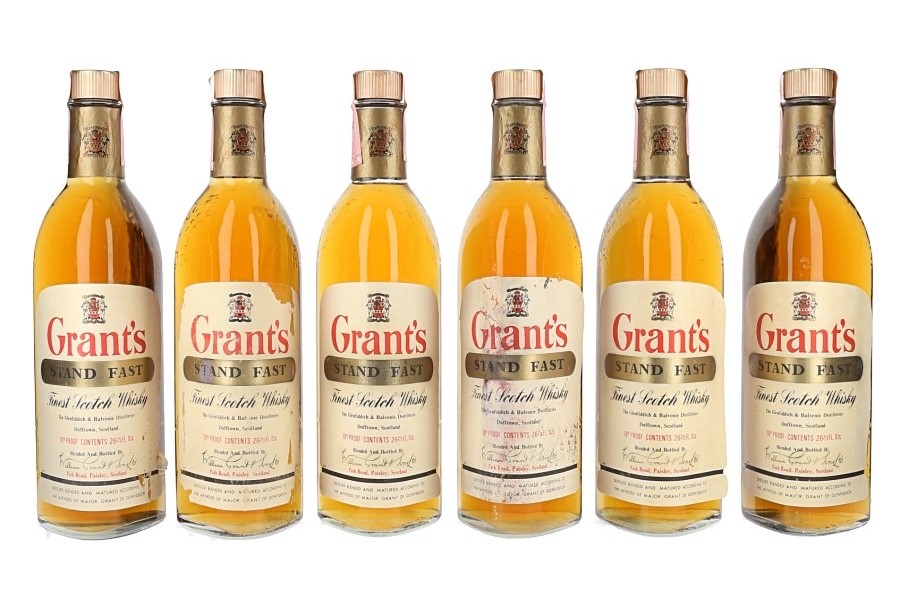 100 Grant’s Bottles Sitting on the Wall

Imagine if you knew your favourite whisky was about to increase in price. You could just accept it and fork out the extra each time you need to replenish your drinks cabinet. Or you could stock up with a lifetime’s supply before the price hike takes effect, which is exactly what our client did.

Our current auction features 13 lots (choose between bidding on a single bottle, three bottles or six bottles, or all of them) of Grant’s Standfast, an iconic blend which was our client’s go to dram back in the 1970s.

The seller invested in a lifetime’s supply of Grant’s Standfast for their own consumption to avoid a 10% VAT (Value Added Tax) charge that was about to be introduced in the UK in 1 April 1973. Most of the original bottles were enjoyed over the subsequent decades. The seller no longer drinks whisky and has consigned the remaining (approximately 120) bottles to be sold at Whisky.Auction over three auctions.

What’s in a Name?

Blue Label is known today around the world as Johnnie Walker’s premium blend. But in the beginning, like other Walker brands, the colour of the label didn’t feature in the name.

When Blue Label was first released around 1987, it was simply called Johnnie Walker Oldest and the label bore the line ‘a blend of our oldest whiskies, aged 15-60 years‘. That’s quite an impressive statement, 60 year old whiskies aren’t something you see every day, even as a constituent in a blend. It wasn’t long before this statement of the age disappeared from the label but the ‘Oldest’ remained. By 1992 the label had changed to something more familiar with ‘Blue Label’ taking centre stage, as would happen again a few years later with Johnnie Walker Pure Malt becoming Green Label.

This month we’ve got eight bottles on offer, from the first releases up to a contemporary bottling. We’re not sure if we prefer the old, tapered bottle design or the sleek modern example. How about you? 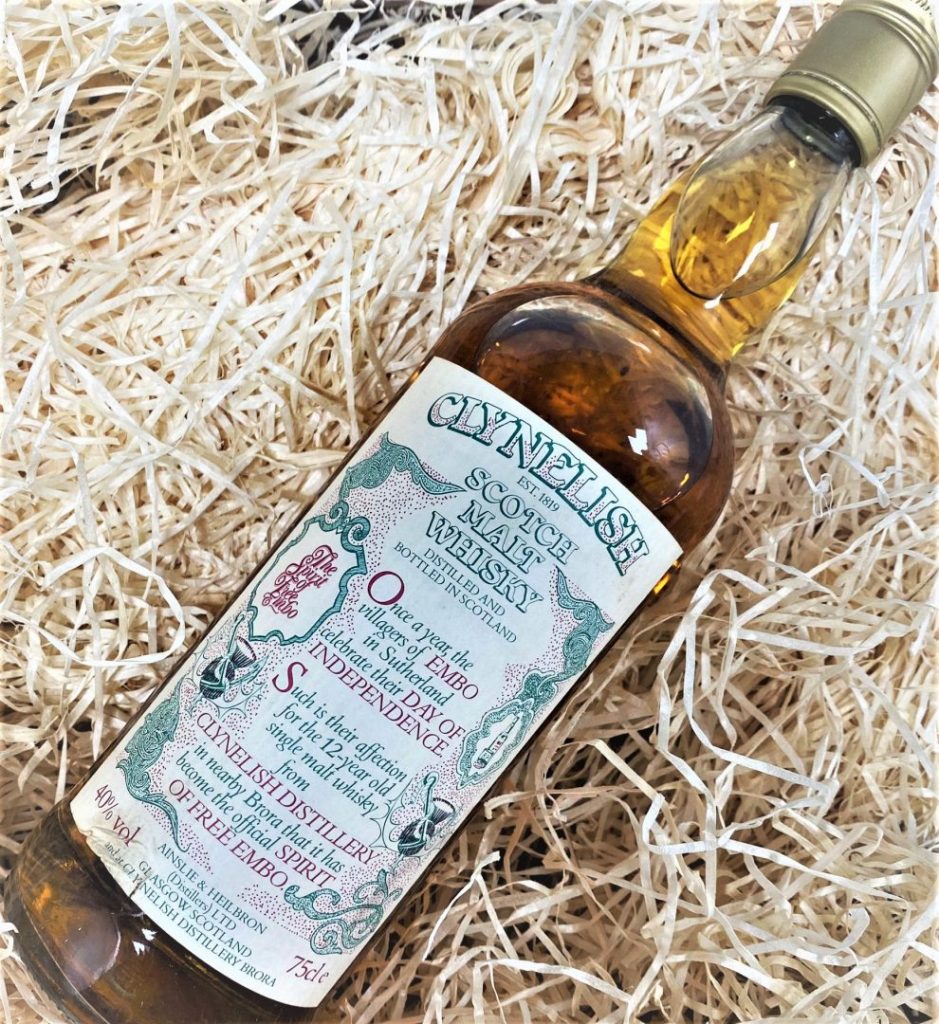 The Spirit of Independence

On 16 July 1988, the Scottish village of Embo (just down the road from Brora) declared itself independent from the rest of the UK for one day. This was to raise money to convert an unused village primary school into a community centre. The village even minted its own currency, the Cuddie, which could be exchanged in the local pub for a dram of Clynelish.

Nearby Clynelish distillery produced a specially labelled bottle to commemorate the event. It contained the excellent, and these days highly collectible, 12 Year Old expression.

We’ve had several of these in miniature before, but with just 50 cases of the Clynelish Spirit of Free Embo produced, this a rare bottle indeed.

From Bristol to California

Narsai David and Darrell Corti’s names won’t mean much to most people outside of California. But in the whisky world their names are synonymous with some extremely rare, collectible single malts. We were delighted to meet Mr David back in 2019 when he consigned some of his Scotch to auction, and now we have the pleasure of offering a selection of early landed, single cask Cognac as well as a rare Californian brandy.

Bottled by Averys of Bristol, these single cask expressions were personally selected by Narsai David and Darrell Corti back in the late 1970s, and come from Cognac’s top two crus, Grande and Petite Champagne. Cognac from Frapin, Hine, Harvey, Denis Mounie and Exshaw are joined by a contemporary bottle of Alembix Californian Brandy from Narsai David Estates, distilled from Napa Valley Cabernet Sauvignon and matured for 21 years in Limousin oak casks.

Let Whisky Be Your Compass

We have two dozen Compass Box whiskies in our live auction so place your bids wisely to snap them up.

Since it was founded in 2000, Compass Box has made waves in the whisky world.  Its transparent approach to whisky making is refreshing (you can research the component parts to most Compass Box blends on the website), and has certainly helped the brand appeal to those single malt fans who might usually skip past blends in favour of something with more precise provenance. Exceptional label design which draws stylistically on everything from Victoriana to Surrealism mean the bottles look great on the back bar or the display cabinet. And, most importantly, Compass Box makes very drinkable whisky.