Thirsty whisky fans made their way to Old Billingsgate to taste their way through over 600 whiskies and rums at The Whisky Show in London.

We were at The Whisky Show with our selection of Dream Drams. This year, we chose whiskies that were even more amazing than ever and we were delighted that so many of you came to say hello and taste spectacular drams with us.

Here’s a sneak peek at some of the whiskies we tasted at the Whisky.Auction stand:

Direct Wines Ltd, now known as Laithwaite’s Wine, is a large international wine merchant with operations in the UK, France, US and Australia. Although it specialises in wine, it has also been an independent bottler of single cask whisky under its First Cask label. The whiskies were released for customers to order by the mixed case.

Some excellent whiskies were bottled and you can still find plenty of expressions from the 1970s and 1980s for well under £200 on the secondary market.

This 1976 Benriach from the Speyside region was bottled in May 2004. It is dark in colour and has notes of rich toffee and spice on the nose. On the palate, the fruitiness of the distillate comes through along with a generous hit of chocolate orange.

Campbeltown is a region rich in distilling history. Once a major whisky producing region with as many as 30 distilleries in operation, a period of difficulty within the distilling trade in the 1920s led most of these to close. By the mid 1960s there were only two remaining; Glen Scotia and Springbank. This outstanding 1960s distillation from Springbank was bottled at high strength as a 10 Year Old in 1980 (which actually makes it around 12 years old).

On the nose there’s tons of tropical fruit, wax and sweet spice. An oily mouth coating follows with more fruit, and that old-school funk for which Springbank is so affectionately known. The finish is long and intense…young Springbank at its finest! If you plan to taste just one special Dream Dram you’d do well to choose this one.

Glendronach has built a reputation for heavily sherried whiskies and this 12 Year Old bottled in the 1980s shows exactly why. An easy-drinking, sherry matured whisky, this is rich in colour, on the nose and on the palate, serving as an excellent after dinner dram at The Whisky Show. Caramel all over with sweet spices…cinnamon and clove spring to mind, combining seamlessly to give long and mellow chocolatey notes. Coats the mouth beautifully…scrumptious! 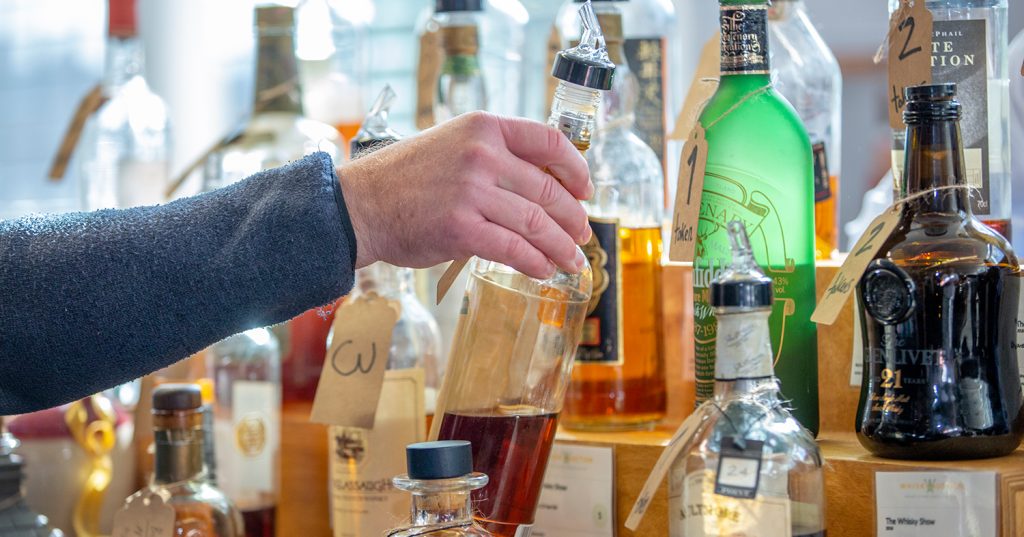 Dreamiest Drams at The Whisky Show 2018

James Buchanan & Co. was founded in 1884 and initially released the ‘Buchanan Blend’. After it was selected for the members’ bar at the House of Commons, the blend was thoughtfully renamed ‘Buchanan’s Special Finest Selected Old Scotch Whisky As Supplied To The House of Commons’. Its black bottle and white label eventually led to the renaming of the blend to Black & White. Buchanan merged with John Dewar & Sons in 1915 and then Johnnie Walker and the Distiller’s Company in 1925, which in turn became Diageo. The blend remains hugely popular today.

Fairly dark in colour, there’s a lovely and definite mix of sherried and peated notes on the nose. In the mouth, that subtle, sweet smoke continues which when balanced well (as in this example) is really fantastic. Great texture too, coating the mouth in spicy layers without ever feeling too hot or unbalanced. One to take some time with and really savour.

There’s been a mammoth rise in prices of older bottlings of Laphroaig in recent years, particularly those which are pre-Royal Warrant (adopted in 1994). Collectors and investors clearly see potential in the astonishingly good whisky inside these bottles.

In general, the older the better is the rule of thumb and the more fruit-forward too, but even this one litre bottling from the late 1980s to early 1990s, which is more on the smoky and nutty (almonds and cashews if I had to specify) side, still has some hints of that tropical fruit which makes older Laphroaigs so legendary. These bottles are becoming harder to find, so taste a little piece of liquid history before it disappears.

Strathisla is the oldest licensed distillery in Scotland (1786) and whilst most visitors call in due to its well-documented role in the Chivas Regal blend, we have Gordon & MacPhail to thank for its rise in prominence and reputation as a single malt. Watch out, demand for these has been growing at a staggering rate over the last few years.

This Strathisla 15 Year Old bottled in the 1970s is of ‘de luxe quality’ and boasts the G&M stencil, seemingly ever growing in its popularity. Superbly oily, leathery and meaty, this feels very Highland in style, which is certainly no bad thing. A citrus undertone flows seamlessly alongside the bountiful stacks of dried fruit, all beautifully presented under a very woolly, moth-eaten (and slightly damp) tweed jacket. 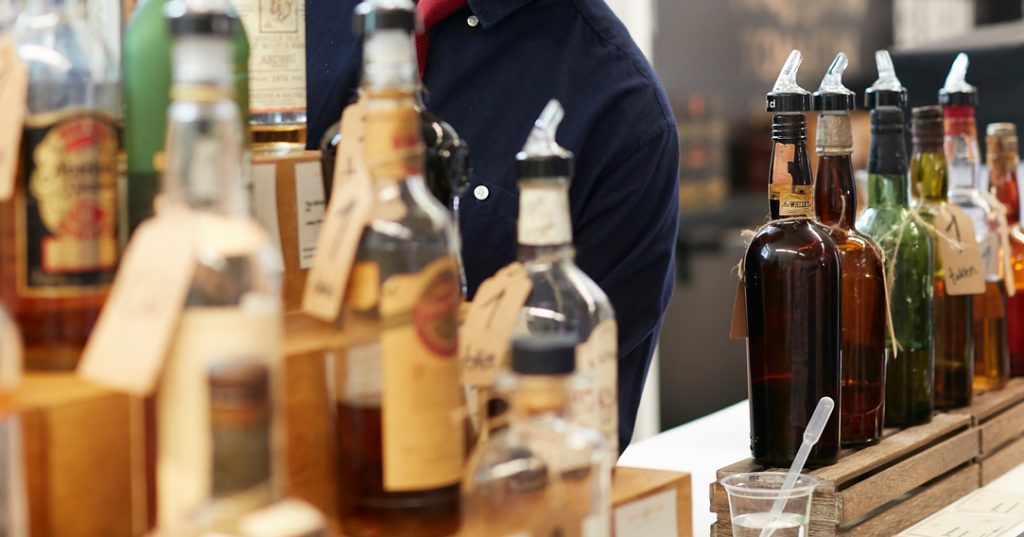 From Springbank to Strathisla, Benriach to Black & White, taste single malts, blends and rums with us.

Hopefully that has whet your appetite for the next show and there’s plenty more to come.

We’re counting down the days until the next show and look forward to seeing you all again then!