Despite their diminutive stature, miniatures punch well above their weight when it comes to price and collectability, We’ve previously shared our tips on how to sell miniatures at auction but what’s the story behind the miniatures that have sold with the highest price tags?

In my role as the Whisky.Auction’s head valuer I spend my days tracking whisky and spirits price trends. More and more extraordinary miniatures have caught my eye recently so here is my personal selection of most memorable small bottles. 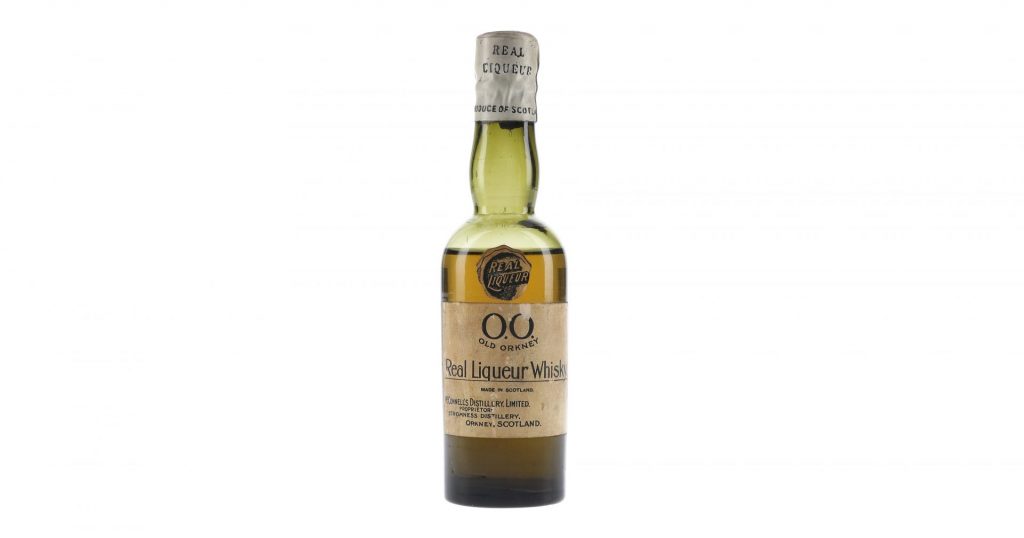 This historic miniature bottled in the 1920s to 1930s was a rare find.

Stromness distillery on Orkney ceased production in 1928 and was marketed as ‘Old Orkney’ from 1878 when it was acquired by the MacPherson brothers. It changed hands again in the early 1900s when ownership was taken by J & J McConnell Ltd whose name appears on this miniature. This bottle is likely one of the few remaining links to the distillery which was demolished in the 1940s.

This pre-WWII distillate fetched close to £5000 at a recent auction, that’s getting towards £1000 per centilitre.

Part of The Macallan’s coveted Fine & Rare series, this is one of the oldest vintages bottled for the range. Each bottling in the Fine & Rare series is from a specific vintage and limited numbers are released each year, to be quickly snapped up by collectors.

If you want to own the extensive Macallan Fine & Rare collection in miniature, housed in a bespoke wooden cabinet made by British master craftsman James Laycock, then this is the kind of price tag you could expect.

At the time the owner of these miniatures stopped collecting in 2018, this was the complete Fine & Rare collection. The cabinet contains 46 single malt miniatures in all, distilled between 1937 and 1991, with the oldest malt spending 56 years in cask.

If there is any whisky that comes close to being semi-mythical it is Malt Mill. It even had a film made about it.

After a dispute led to the collapse of a supply agreement with Laphroaig, Peter Mackie built Malt Mill within his Lagavulin distillery in 1908. The idea was to recreate, in miniature, a distillery that could provide him with the Laphroaig-style whisky he desired for his blends.

As the spirit distilled at Malt Mill was entirely created for blending and never bottled as as a single malt, this miniature is thought to be one of the only bottles in existence. Reportedly taken from a blender’s sample, only four of these miniatures were filled by James MacArthur. As the sample came via ‘a man in a pub’ there have been doubts raised over whether the liquid contained in the bottle is genuinely Malt Mill, but if it is, it has to be some of the rarest whisky in the world and a vital piece of liquid history.

Sold at Scotch Whisky Auctions in 2018.

At its launch, this 48 year old whisky was the oldest Karuizawa to have been bottled. Matured in cask #3603, this was released by Polish company Wealth Solutions and was accompanied by a booklet written by whisky aficionado Dave Broom.

Dating from the 1960s, these Laphroaig 20 Under Proof miniatures are rarely seen. When they do occasionally appear at auction, they provide collectors with a chance to own a miniature piece of distilling history. This liquid was produced around the period where Laphroaig left family ownership for the first time, following the death of Ian Hunter in 1954 and the passing of the business to Bessie Williamson.

Sold at Whisky Auctioneer in 2016.

This is one of those bizarre lots that make auctions so much fun to watch. To buy a miniature of Ardbeg Galileo at auction you would expect to pay around £500 at time of writing, but this one with its own cocktail shaker tripled its value.

When Ardbeg Galileo was launched, these rocket-shaped cocktail shakers carrying a miniature peaty payload were given to guests at the press event. The sets were never released to the public. Serious collectors are often willing to pay high prices to get their hands on promotional material and high profile limited editions.

Sold at Scotch Whisky Auctions in 2020.

This beautifully engraved miniature decanter was released in 2013 to celebrate the 60th anniversary of the coronation of Queen Elizabeth II, and, suitably, only 60 were produced. These were bottled exclusively for The Whisky Exchange and contain cask strength Glenfarclas distilled in the coronation year of 1953.

Sold at Scotch Whisky Auctions in 2019. 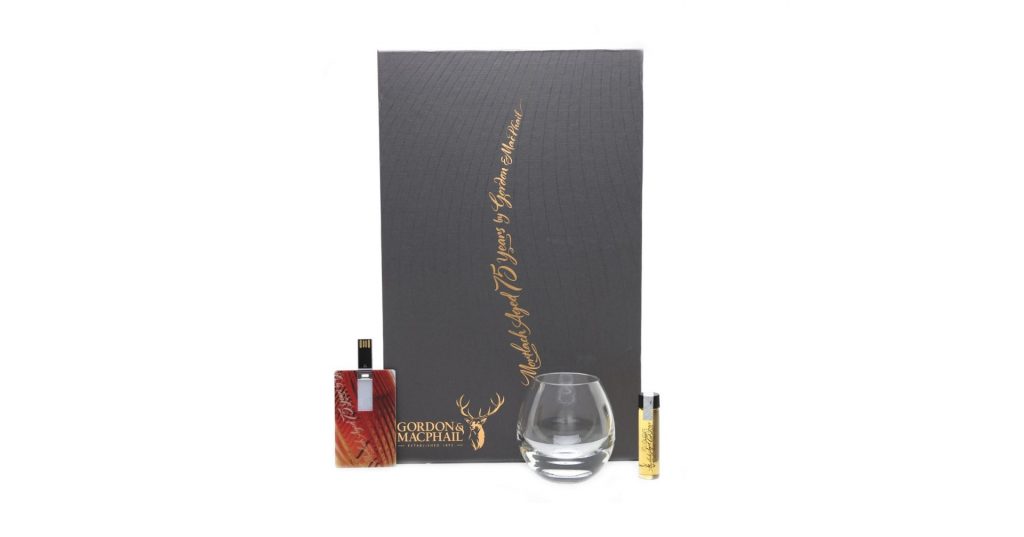 You may not think the price for this looks that high in comparison with some of the others on this list, but this is a tiny 1cl sample. Multiply that by five and you get a standard sized 5cl miniature.
This Mortlach is currently the oldest whisky ever to be released. It was distilled in 1939, bottled in 2015 and only 100 handcrafted, teardrop-shaped decanters were made. This sample set was given out at the launch event and is accompanied by a glass, USB card and book written by whisky luminary Charles Maclean and author Alexander McCall Smith.

This one deserves a place on this list not only for the incredible price tag but also because its packaging deserves attention.

Just 250 sets were released to celebrate the 80th birthday of English pop artist Sir Peter Blake. Each contains eight miniatures representing each of the last eight decades of The Macallan, with the oldest whisky in the set distilled in 1937. The miniatures are accompanied by a book bound in Japanese handmade paper which tells the story of both Blake and The Macallan over the last 80 years. To create the case, Macallan brought together a team of artists at the peak of their respective crafts and the project was overseen by Blake himself.