In June 2020 we are auctioning fine and rare spirits donated by Liverymen of The Worshipful Company of Distillers to benefit The Drinks Trust emergency COVID-19 appeal.

Kenny Mackay, the current Master of The Worshipful Company of Distillers offered to help me with all my questions.

The Master is an elected post and is the most senior position in the Livery for the year of office, but Kenny Mackay has already been working in the drinks industry for over 42 years.

Apart from leading the company activities on a day to day basis, The Master represents the company at City events. ‘It’s a bit like being the MD of an organisation for a year,’ he told me. I began by asking him about some of the technical details.

They were initially involved in The Governance of their trade in London but today much of that role has passed to Government.
The exceptions are the Goldsmiths and The Gunmakers who still have a regulatory role. They have existed since the 12th century and continue to thrive today.

The term ‘Livery’ came from the different coloured gowns (each denoting a different company) worn during processions and formal functions.

Are you all distillers and what are you worshipful about?

‘Worshipful’ relates to the religious fraternities from The Middle Ages that preceded the more modern Livery companies. Their membership were ‘Worshipful’ and today there are still strong links between many Livery Companies and The Church.

You don’t have to be a distiller by trade but virtually all of our new entrants have some form of link to our trade or one of our military affiliates. 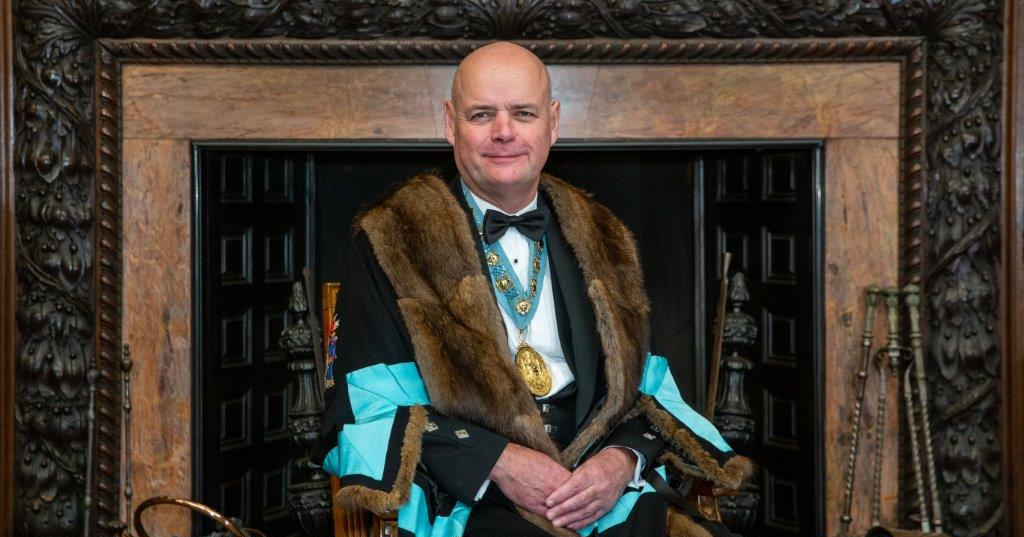 Kenny Mackay, the current Master of The Worshipful Company of Distillers

I understand you must gain the Freedom of the City of London to become a Liveryman. What does that involve?

To become Liveryman you must first become a Freeman of your Company and The City of London. It is an ancient status. Historically, once one became a Freeman, one was not bound to a Feudal Lord and had the right to earn wages and own land in one’s own right.

The granting of the Freedom is done by The Chamberlains Court which is historically, as now, responsible for finance. This reflects the financial importance of becoming a Freeman.

Around half of the freedoms awarded are through The Livery companies. It is a prerequisite to any election to any civic post in The City.

Those awarded via a Livery Company will normally have been proposed by a Liverymen, seconded by a Court Member and thereafter agreed by The Court of The Livery.

As a Freeman of The City of London do you get special rights or privileges?

Many of the rights and privileges such as sword carrying, herding geese etc etc have long since died out, but in recognition of the ancient right to enter The City ‘toll free’, an annual Sheep Drive is still organised to celebrate these ancient customs.

So what are the origins of the Worshipful Company of Distillers then?

That makes it almost 400 years old, that’s older than most countries! How does your livery company stay relevant today?

We have an extremely active Livery Company with over 80% of our Liverymen either involved in our trade or associated trades.
We aim to be right at the hub of the industry in three significant areas:

One, we support a number of different charities particularly in the area of improving opportunities/life chances for young people. These include charities such as The Alcohol Education Trust, The Drinks Trust and City of London Charities such as On Side Youth Zone.

Two, we have a wide and increasing involvement in vocational training in the spirits industry. We support WSET, The IBD and ICBD at Heriot Watt University by way of prizes, scholarships and bursaries.

Three is fellowship. Through our many events we allow people in our trade to gather socially and meet in a non-competitive environment.

Our June auction includes an impressive number of lots donated by your Liverymen to raise money for charity. What prompted this?

We are acutely aware of the urgent need for support in London, but also around the UK, amongst those working in the hospitality industry.

The lowest paid and those on ‘zero hours contracts’ [where an employer is not obliged to provide any work] are really vulnerable and we aim to help them through our support of The Drinks Trust. We are long term supporters of The Drinks Trust and its predecessor The Benevolent.

Our Liverymen have donated special bottles from their own collections and we hope to raise a significant amount of money to add to the £50,000 we have already donated (most from individual donations by Liverymen).

There are a number of fantastic lots already donated. I’m just about to go and wrap up a bottle of Tormore and a bottle of Glenmorangie from my own collection. Both are old 75cl bottles, bottled in the eighties.

All the money will go to The Drinks Trust. You may have read about the £250 emergency grants they have given out and the creation of their Mental Health Helpline. We believe we can make a difference and it’s directly relevant to helping people from our wonderful trade. 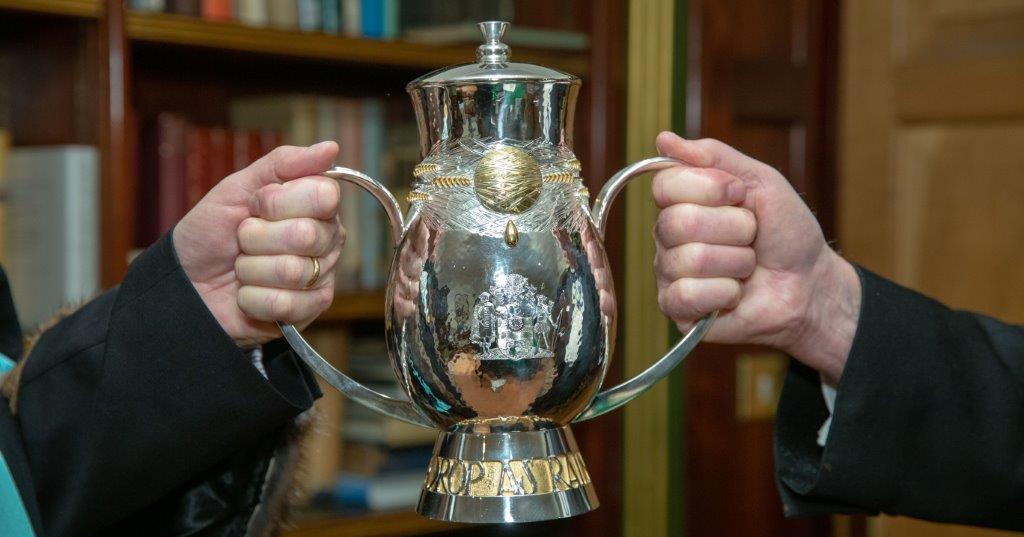 One last question, I’ve been wanting to ask. Do you have a loving cup like other livery companies? What is that about?

It’s a bit like a toast. The Distillers have a unique ceremony in The City where they actually ceremonially protect the drinker by the holding up of drawn daggers during the ceremony.

It dates back to Saxon times where those drinking were believed to be at risk of Murder as was the case with King Richard The Martyr.

So how will you adapt these unhygienic traditions in a post COVID world?

We might have to wipe the daggers (Ha Ha).