The Drinks Trust is a charity we are supporting more than ever during the COVID-19 crisis, so I wanted to ask Ross Carter, its chief executive, not only about the work that the charity does, but also a little about its history. Carter had already been in the drinks industry in a variety of settings before he came into this role, including running the London Wine Fair, so before we got started I asked him what drew him to The Drinks Trust in the first place. ‘Change is something I find very interesting and the opportunity to offer assistance to people in their career and when they face challenges seemed very purposeful’ he said. After that we talked about what happened in 1886. What was striking was hearing how ‘prophetic’ the charity’s beginnings turned out to be.

How did it begin for The Drinks Trust?

On 1st of February 1886 Robert Gray, a City of London wine merchant, wrote a letter to the Chairman of the Wine and Spirit Association proposing the formation of a Benevolent Society for the current and previous long-term employees of the wine and spirit trade facing hardship.
After this a letter was published in the press voicing concern that the drinks industry was in a recession and therefore could not afford a trade charity. This prompted Robert Gray to comment that this made the need even more urgent and his colleagues were in agreement.

The charity’s first general meeting was held on the 8 December 1886 at The Vintner’s Hall in London. Harpers Wine & Spirit Gazette covered the story and wrote, ‘Born in a time of severe depression, matured during times of hope for a better future, and formally established at a time when the dawn of prosperity shows signs of tardy approach, the Society should have a proud future.’ These words would prove to be prophetic and the charity now boasts a proud legacy.
Although many things in the drinks industry have changed over the years, our mission remains unchanged and as pertinent as ever; to help those from our industry facing serious social and medical issues, as well as financial hardship.

From March 2020, The Benevolent became known as The Drinks Trust. What else has changed?

The Drinks Trust continues to support members of the drinks industry as it has since 1886. Additionally, it strives to enable the members of its community to thrive and succeed in their professions. This holistic approach was introduced to answer the needs of the modern drinks industry.

We became The Drinks Trust on 12th March 2020, and we were thrown straight into the current situation the next day, so it’s both early days and feels like a lifetime!
Our ethos going forward is to take a holistic approach, we are looking to help up-skill people, mentor them, supply them with vocational tools and allow them to become the best they can be in this industry we all love. We are also launching new mental health and well being services across sleep and insomnia and mindful drinking. We will continue to support people with critical illnesses, financial concerns and also through our helpline that offers trained councillors and talking therapies. 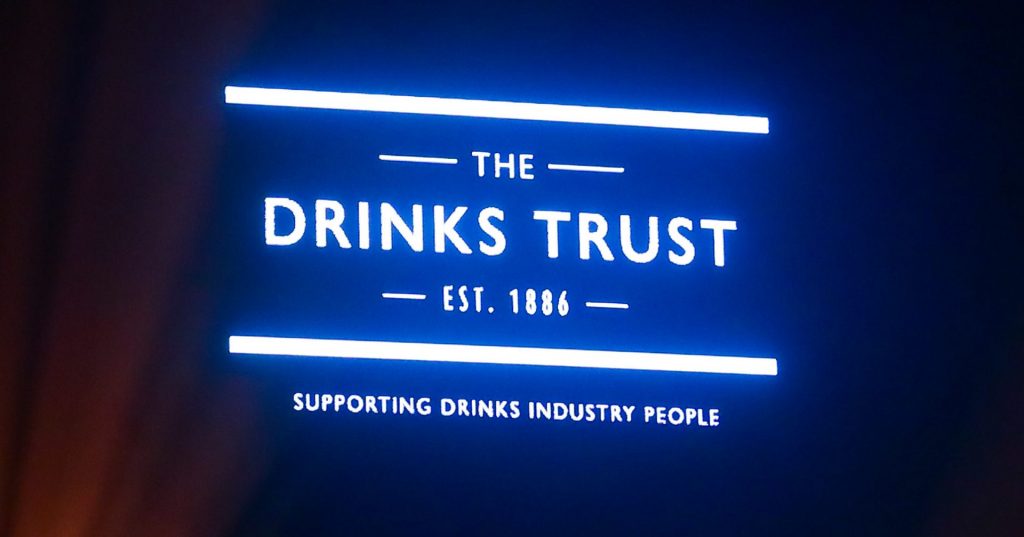 How will the money raised by donors and bidders at Whisky.Auction be put to good use?

It will be a significant part of the relief fund that we launched on 6th April, which aims to deliver up to 2000 one-off grants of £250 to people who have lost their jobs as a result of CV19. It will also be used to help us provide our helpline and mental health services and to continue to help the many people with critical illness and significant mental health concerns that we already do.

Final question, why was the name changed?

Well, The Benevolent was a well loved heritage brand, but names are important and they need to be clear and purposeful. Many younger members of the industry didn’t know about us and when they did they didn’t often know exactly what we did. We decided on The Drinks Trust because it tells you about our industry, and also that we have a trust that we use to help people, and we are a trustworthy organisation.
Also, we clearly state we were established in 1886, because our heritage is important, it says we’ve been here for 130 years an we’ll be here for another 130, supporting drinks industry people to achieve and to overcome their challenges.

The Covid-19 Charity Auction in aid of The Drinks Trust ends from 7.30pm on 14 April 2020. Here are some of the auction highlights: 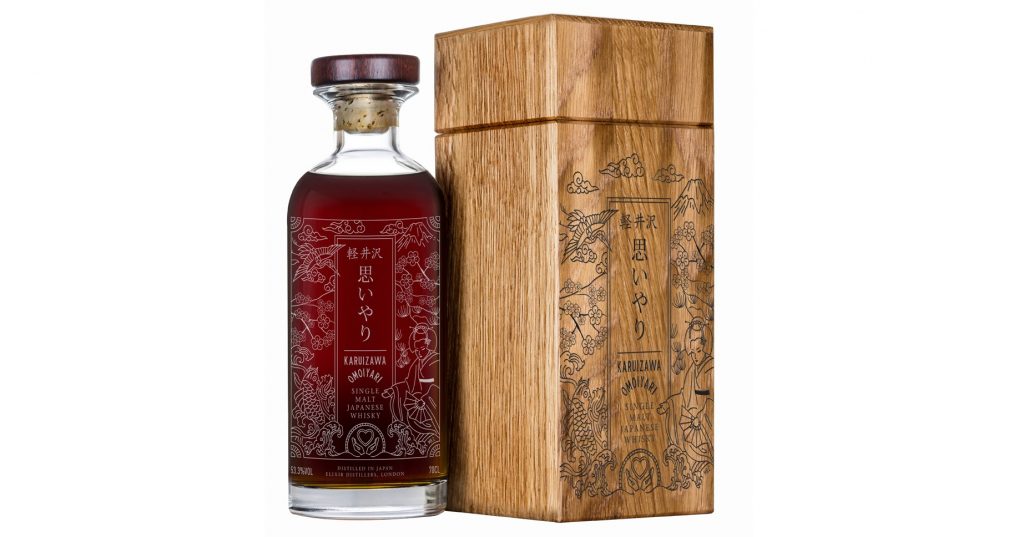 In 2011, Elixir Distillers co-founder Sukhinder Singh was part of a small group of whisky buyers who purchased the final casks of Karuizawa single malt whisky. Elixir Distillers archived a sample from every cask it had bottled so that the team could revisit them and continue to develop their understanding of this sought-after spirit.

With the world in turmoil and the drinks industry suffering daily from the impact of the coronavirus pandemic, building their archive seems less important. Instead, they have taken the last remaining samples from some of the most interesting casks and used them to create a unique single malt from the lost distillery, containing some of the most remarkable and sought-after whiskies ever to be produced in Japan: Karuizawa Omoiyari.

The components were all distilled between 1963 and 1984, but the whisky is built around a heart of spirit from 1972, the most lauded of Karuizawa vintages. The resulting whisky balances the intense character of sherry-matured Karuizawa with the elegant, fruity flavours found in the very best of the distillery’s bourbon casks.

Omoiyari is the Japanese custom of being caring, considerate and compassionate towards the needs of others, something that is now more important than ever.

This is one of six bottles. One bottle is to be kept in the Elixir Distillers archive.

This bottle was donated by Elixir Distillers. 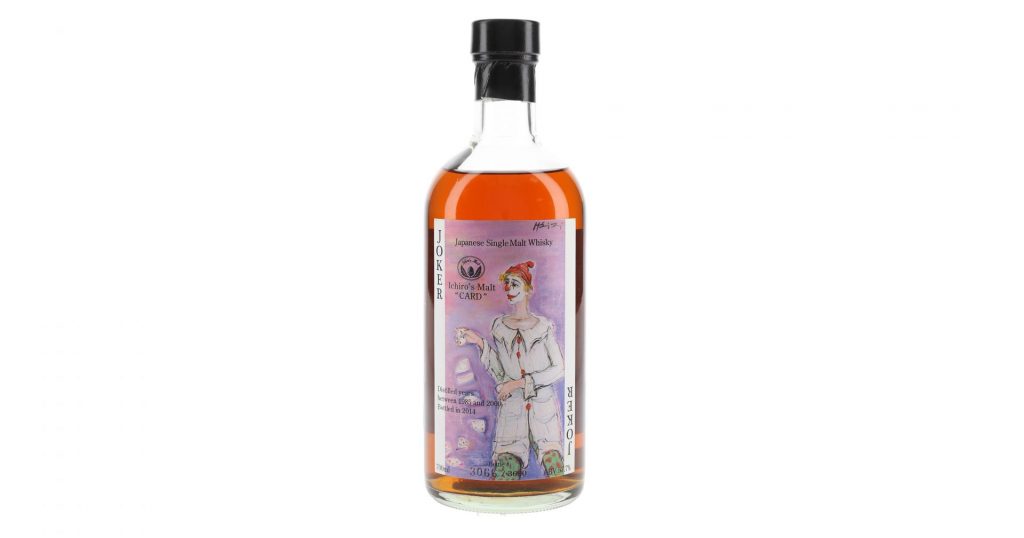 This Japanese whisky comes from the Hanyu distillery, which stopped distilling in 2000 and was dismantled in 2004. At the time Ichiro Akuto, the grandson of the founders of Hanyu distillery, decided to purchase the remaining stock and bottle it as the Card series.

This is one of the last two Card series bottlings, released to complete the 54 bottle set: one Joker in colour and one in Black and White. This is the Colour Joker, a vatting of 14 casks covering vintages between 1985 and 2000. 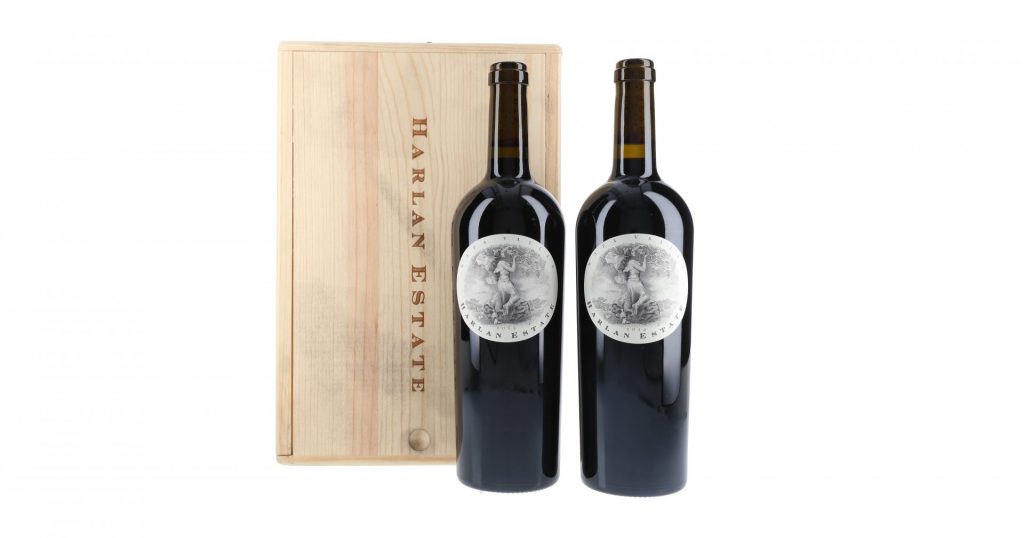 ‘The 2012 Harlan Estate is reminiscent of their 2002. Probably a candidate for perfection with another 4-5 years of bottle age, the wine is inky plum/purple to the rim and offers a gorgeous nose of scorched earth, blackberry and cassis, forest floor, and a floral, lavender-like component followed by deep, opulent, majestic flavors that caress the palate with high but sweet tannin. This is relatively evolved, and supple and voluptuous for a young Harlan estate – hence the comparison with their compelling 2002. This wine can be drunk in several years and is likely another candidate for 30-50 years of cellaring. 99+/100’ Robert Parker, Wine Advocate.

This lot was donated by Thorman Hunt & Co. Ltd. 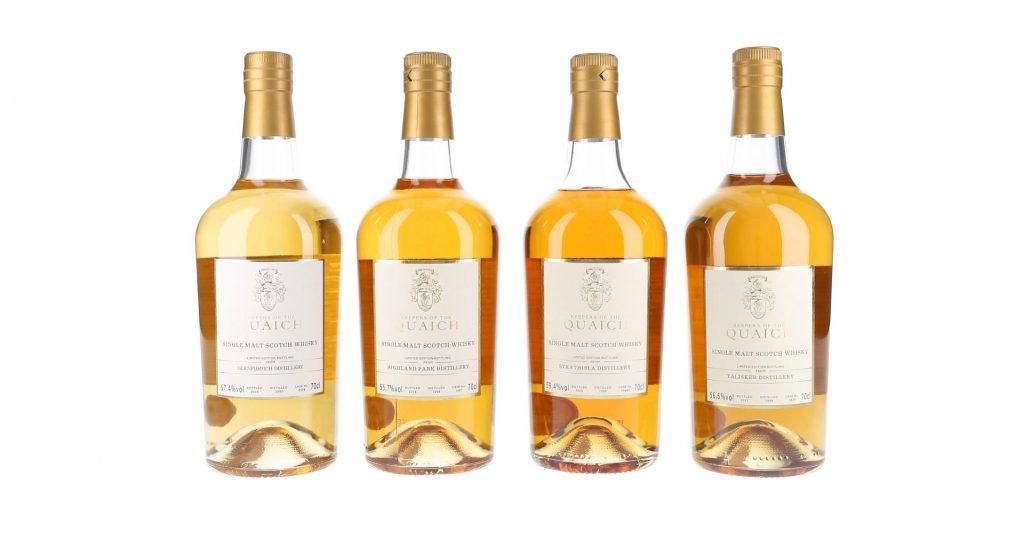 This lot contains four limited edition bottles of single malt Scotch whisky which were produced for the Autumn Banquets of The Keepers of the Quaich, an international society that recognises those that have shown outstanding commitment to the Scotch whisky industry.

This lot was donated by The Keepers Of The Quaich. 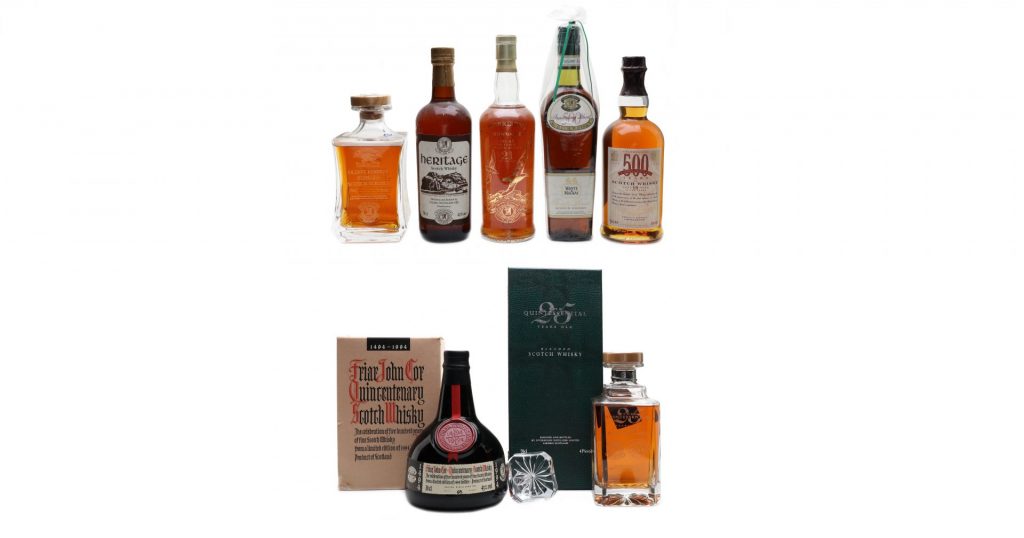 Four of the last remaining sets of blended Scotch whisky produced for the Spirit of Scotland Trophy have kindly been donated. Each set contains:

The Spirit of Scotland Trophy was an award devised by the International Wine & Spirit Competition to commemorate the 500th anniversary of Scotch whisky in 1994, which coincided with the IWSC’s 25th anniversary.

To celebrate this milestone, seven influential Scotch whisky companies were tasked with producing a special blend for the occasion. One complete set was auctioned at Christies in Glasgow on 29 September 1994.

These lots were donated by the International Wine & Spirits Competition (IWSC).

Complete list of lots donated to the COVID-19 Charity Auction